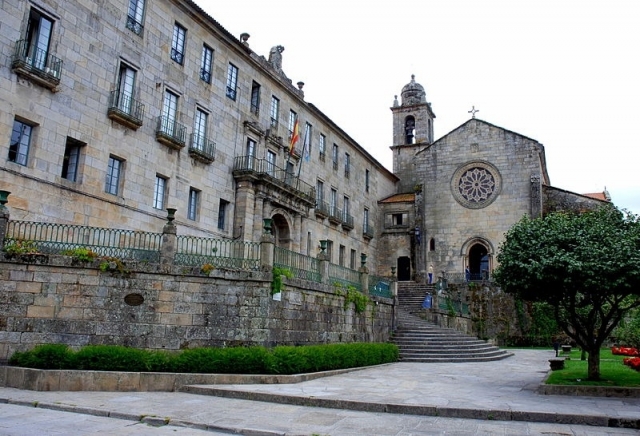 Convent of San Francisco in Pontevedra

The convent of San Francisco, located in the urban area of Pontevedra, is one of the most popular and well-known buildings in the city. It was built during the fourteenth century and according to tradition, was founded by Francis of Assisi while taking the Portuguese route of the Camino de Santiago. After its construction, the members of the Dominican order, who had finished their church just 10 years earlier, were envious and in 1680 built a larger church with five apses, thanks to the financial aid they received from families seized in fear of the bubonic plague that was in Europe at the time.

This late Gothic-style church, declared in 1896 as a national historical-artistic monument, has a Latin cross plant, with a unique nave, and three apsides at its headboard, connected to each other and covered with cross vaults. On the outside you can see an arch pointing with double arquivolta, its large rose window and just above a shield that symbolizes the Franciscans. Inside it stands out that in the area of the cruise and to the left of the main chapel, is the medieval tomb of Paio Gómez Chariño, troubadour and admiral, in addition to the tomb of two marriages of noble families.

Also noteworthy are the paintings belonging to the sixteenth and seventeenth centuries located on the left side and the image of the Nazarene of the nineteenth century. 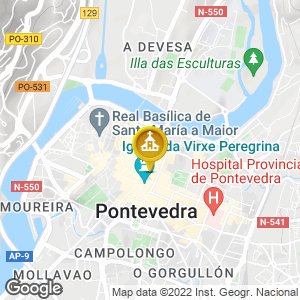