What to see in Puente la Reina 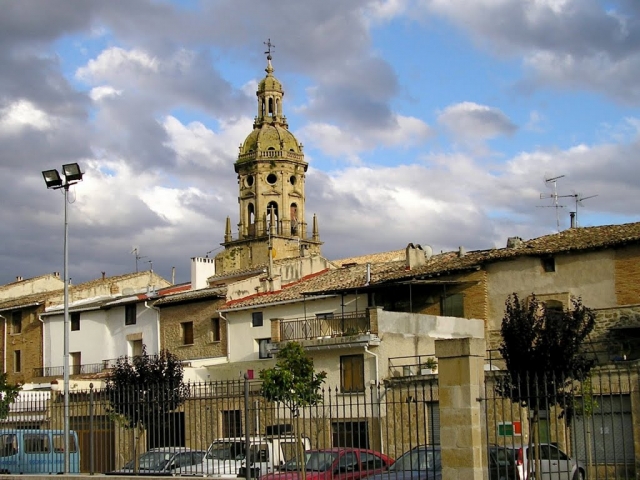 A monument and tribute to pilgrims welcomes their arrival to Puente la Reina. A statue situated on the N-111, the location that serves as a crossroads to unite the routes from Roncesvalles and Somport. An inscription reads; "And from here all the Caminos to Santiago will be one". The pilgrims gradually approach the Calle Mayor, an authentic monument. Narrow and protected by stately homes, here the hikers will encounter the main architectural and religious features of this enclave. Initially, the Church Iglesia del Crucifijo (late XII century), which has two naves, one Romanesque and the other Gothic-founded by the Templars.

Notable for the rich ornamentation of its Romanesque portal and the decoration of its Central Archivolt, where its pilgrim shells stand out. Inside there is a striking wooden cross in the shape of a 'Y', considered one of the finest works of gothic imagery conserved in Spain.

According to legend the crucifix was donated by German pilgrims, returning from Compostela, donated in thanks for the good treatment they received at the hospital next door. They left the cross here after having carried it throughout their long journey. This church, which is open from 09.00 to 18.00 (or 20.00 hours in summer) has attached the albergue Padres Repadores, the old hospital for pilgrims during the middle Ages, its Gothic arch actually forms part of the route and should be passed by walkers in order to continue the Camino.

This unusual circumstance is only repeated once more along the French Way in the monastery of San Antón, before reaching Castrojeriz (Burgos), where the route passes under an arch that connects church and convent. Halfway along the Calle Real stands the church Iglesia de Santiago, of Roman origin, offering a vision of a magnificent portal from the XII century. It has an octagonal bell tower, frequently "occupied" by storks, and it serve as a "beacon" for the pilgrims approaching the enclave.

Inside it hides the famous Gothic carving of Santiago "beltza" (meaning black in Basque), named so for its dark colour. The temple is open from 10.30 to 14.00 and from 17.00 to 20.00 (in summer it remains open all day). The pilgrim route advances towards the square Plaza Mena or Mayor, full of ambience, surrounded by beautiful buildings and a balcony portico from the XVIII century. A few meters after the route leads to the third church of the enclave, San Pedro, with interesting altarpieces.

This temple houses the Virgin of Puy which once stood on the Roman bridge. More precisely, the beautiful bridge over the River Arga located at the end of the Calle Mayor. It was possibly commissioned by the Mayor Queen, wife of Sancho III of Navarre in the XI century to facilitate the transit of pilgrims, one of the best examples of Romanesque architecture. In the centre, until the XIX century there was a shrine to the Virgin of Puy or Txori (meaning bird in Basque), Currently the church of San Pedro is situated in its place.

According to tradition, a bird, after collecting water form the River Arga with its beak would clean, from time to time the face of the Virgin and this pleasant act, celebrated by local residents, was seen as a good omen for the village. 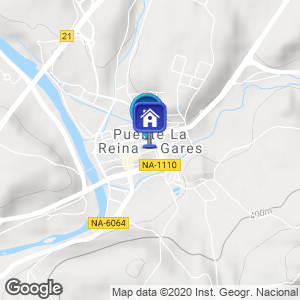