The Stages of Ribadeo 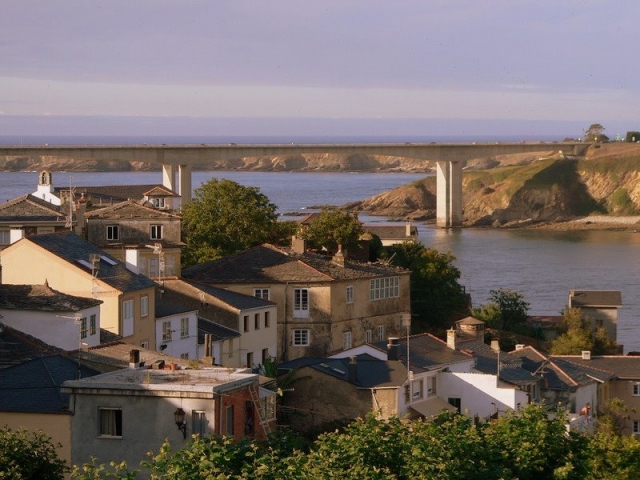 The main road that connects Ribadeo to interior Galicia and Asturias is the motorway A-8. Other roads that pass through the town are the N-634 (San Sebastian-Santiago de Compostela), and the N-642 (Ribadeo-A Veiga), which, allows travellers to connect with Lugo, the capital of the province, via the N-640 and the A-6. According to municipal data, the distance by road between the town of Ribadeo and other main cities is 86 kilometres to Lugo, 156 to A Coruña, 192 to Santiago de Compostela, 126 to Ferrol, 199 to Orense, 252 to Pontevedra and 277 to Vigo.

By train: The train station of FEVE (Narrow Gauge Railway) is situated close to Os Garitos (982130739). The Ferrol-Gijón line passes through this station and is a good option for those wanting to travel to other locations situated between Oviedo and Ribadeo, or if wanting to connect from the Northern Way to the English Way (from Ferrol). The rail route follows the winding coast from east to west and four trains a day depart to the popular beach of As Catedrais.

The airport situated in Vilaframil allows for connections to all other locations with an airport. The closest airport is that of Asturias o de Ranón (Avilés), 133 kilometres away. At a similar distance there is also the airport of Alvedro, situated in A Coruña.

The centre of Ribadeo has a taxi rank situated on the street Rinconada de San Francisco, next to the church of Santa Maria. The taxi rank: 982128111. Teletaxi: 646060505. Only some of the taxi drivers offer the service of backpack transport:

The leisure company A Madanela offers horse riding and other services such as livery stables and horse shoeing. It is situated in the parish of Vilaframil, around three kilometres from the centre of Ribadeo. Telephone: 633393330. 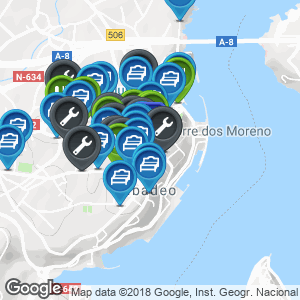