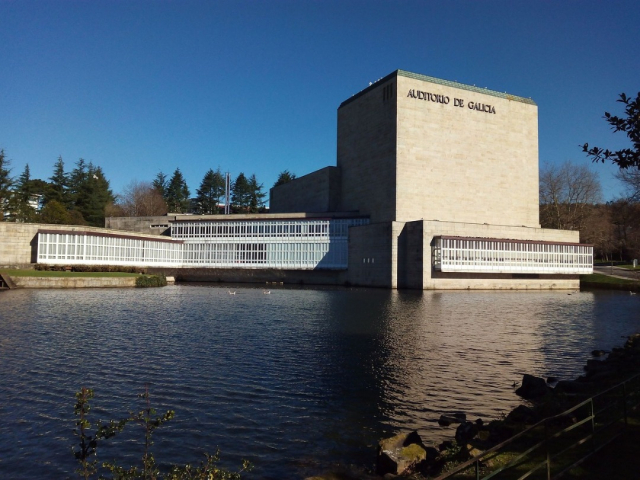 The Auditorium of Galicia was built by Julio Cano Lasso between 1986 and 1989. This large complex is located on the North Campus of Santiago de Compostela, and was built to provide the city with a building to develop a musical program of high level. It was inaugurated in 1989, and since then it has been the most important concert hall in Galicia.

The building is designed in stone volumes, with the counterpoint of horizontal glass panels and white partitions that evoke the tradition of the galleries. The architect showed the intention of wanting to build the auditorium respecting the city, since he built it in an existing square that became a great urban setting. The visual reference of the building is the blind volume formed by a masonry wall from where different parts of Santiago are visible.

The complex consists of four rooms. The Ángel Brage room is the main one in the auditorium. It has a capacity for 1,002 spectators and hosts theatrical performances, ballet, opera, symphonic music concerts and the organization of various congresses.

The Mozart hall, with a capacity for 260 spectators, is intended for other activities such as concerts, lectures or theatrical rehearsals. In this room the Municipal Band of Santiago rehearses, and students from the Professional Conservatory of Music of Santiago also attend. Finally, the Isaac Díaz Pardo room is a 1,000m² space that usually hosts exhibitions, while the Circular room is the smallest and is intended for press conferences or presentations. 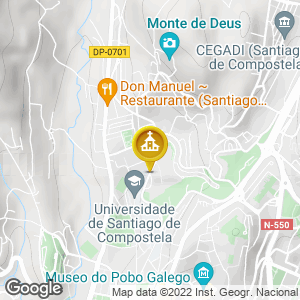