The Northern Way: an authentic and exciting Jacobean route

The Cantabrian route that begins in Irún is one of the most beautiful as far as Santiago de Compostela. The Northern Way each year convinces more pilgrims; We tell you the reasons. 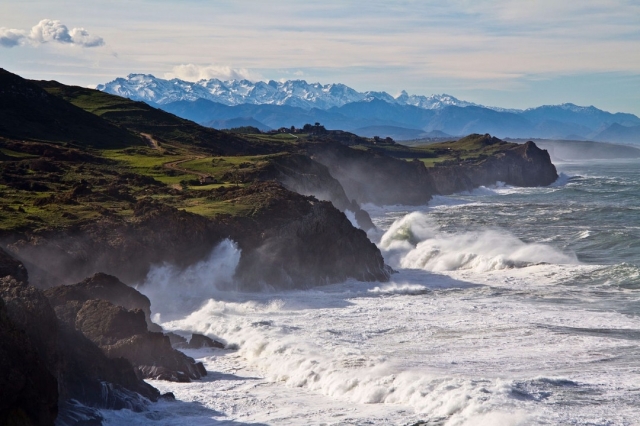 The Northern Way to Santiago: the path of the astures kings

The Bridge of Santiago (it could not be another), on the Bidasoa river, is one of the connecting routes between Hendaye (France) and Irún (Spain), but also the starting point of the Northern Way, one of the Ancient of the network of the Camino de Santiago. This beautiful route of pilgrimage shares with the Primitive Way being one of the first routes used by the pilgrims to visit the tomb of the Apostle in Santiago de Compostela. In the years of the first pilgrimages after the discovery of the remains of Santiago, from the ninth century, the Cantabrian cornice was much safer to reach the city of Compostela than the southern lands dominated by the Muslims, Northern and Primitive began as the most frequented routes.

However, with the passage of the centuries and the advance of the Reconquest, the routes of the lands of the south, that passed through the Castilian kingdoms, were gradually being imposed. At the time of greater flowering of the Way of Santiago, the French Way eclipsed the paths of the kingdoms of the ancient Astures kings, such as Alfonso II El Casto, with a more rugged climatology and a more difficult terrain than the roads of the interior Of the Peninsula. The Northern Way was gradually lost in the memory, remaining in the background for pilgrims, until the dawn of the XXI century, when the route of the Cantabrian coast has begun to live a boom never known in its history. More than 15,000 hikers, according to the Pilgrim's Reception Office, choose this route of unforgettable landscapes every year. What has led them to put aside the comfortable and practical French Way? 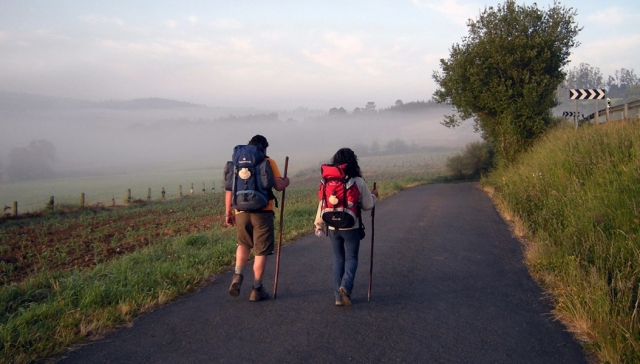 Why choose the Northern Way to get to Santiago?

The reasons are many; among pilgrims we have been able to ask, there is always an argument repeated: "to flee from the massification of the French Way" and to look for other attractions such as tranquility, reflection and the traditional values ​​of the Way. Not a few pilgrims have taken the hook with this northern route and we all say the same; "The landscapes that you will find you will see in very few places". The Northern Way  is one of the most privileged of the Jacobean routes, with more than 30 stages that travel throughout the north of Spain for more than 800 kilometers, crossing the Basque Country, Cantabria, Asturias and Galicia, being able to take in Oviedo a Alternative route through the interior (Primitivo Road) or continue walking with the Cantabrian to our right (Northern Way along the Coast). Landscapes are waiting for you in which the sea is frequently mixed with the mountain, and it is one of the routes along with the Primitive Road in which you will most be in contact with nature.

At present, the Northern Way is the third most used route, crossed by 6% of hikers (according to data from 2015), behind the Portuguese Way, and far behind the French Way (chosen by more than 65% of Pilgrims). We will not therefore find the same number of hostels and services as in the French route, but each year new private hostels are opened, focused on the needs of the pilgrim. Nor can we forget that the autonomous communities of the north of the Peninsula are well prepared for tourism, so it is easy to find accommodations to stay in the entire Cantabrian coast when we do not have a hostel. With the constant investment of the local and regional institutions through which the Northern Way passes, little by little the route is getting Jacobean take off in its growth and manage to attract tens of thousands of pilgrims, not only from Spain, but also from All Europe.