What are the must-visits on the Camino del Norte you can't miss?

If you are going to do the Camino del Norte this year, do not miss these highly recommended experiences for anything in the world. 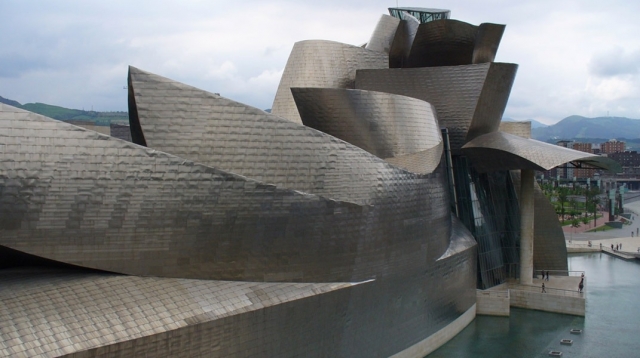 What experiences cant you miss if you walk the Camino del Norte?

Surely you've heard that once in a lifetime you have to walk the Camino de Santiago. However, if you already know it minimally, you will know that this pilgrimage does not consist of a single route, but of multiple paths that depart from all parts of Spain, Portugal and other European countries. Routes such as the French Way or the growing Portuguese Way are chosen every year by hundreds of thousands of pilgrims to reach the holy city, but they are not the only ones.

The Camino del Norte, the route we want to focus on today is also one of those many paths to Santiago; a very special one that runs through the entire north of the Peninsula, leaving behind such emblematic cities as Irún, San Sebastián, Bilbao, Santander, Santillana del Mar, Gijón, Llanes... The Camino del Norte is one of the most demanding routes for pilgrims, but also one of the most beautiful, with emblematic landscapes of sea and mountains, full of forests, tourist attractions and some of the most important gastronomic traditions in Europe.

More than 800 km of routes full of historical, artistic, cultural, gastronomic and natural points of interest.

To walk the entire Camino del Norte means walking more than 800 km, a task that requires more than a month of time if we want to complete it in one go. However, there are many pilgrims who decide to walk it in sections, starting at points much less distant from the goal. If you have a week, 10 or 15 days, there is also a lot of Camino del Norte waiting for you, and you can start from places like Ribadeo, Gijón or even Santander, depending on your time available.

Starting from wherever you start, a great idea is to take advantage of the route of the Camino del Norte to visit some points of interest of great value in the north and northwest of Spain to which we can dedicate the time it deserves, usually at the end of each stage at noon. We have compiled a short list of some of the must-see points of interest, but there are many, many more in the 824 km that separate us from Santiago de Compostela; we hope we have given you some ideas.

➡ Sanctuary of the Virgin of Guadalupe, in Hondarribia.

Located on Mount Jaizkibel and visible from all over the town, the hermitage of the Virgin of Guadalupe dates back to the 16th century, although the temple has been demolished and rebuilt on several occasions after successive sieges of the town. The present construction dates from the 19th century.

Located on one side of the Bilbao estuary, the Guggenheim Museum is an important part of the iconography of the Basque capital; even if you're not particularly drawn to contemporary art, the building itself is worth admiring. With an exhibition space of 20 galleries, it has a permanent exhibition and others that are permanently rotating.

The Basilica of Begoña houses the so-called Mother of God of Begoña, a Marian invocation, patron saint of Bilbao and very popular among the parishioners of the city, who affectionately know her as Amatxu. The construction of the basilica dates back to the 16th century; it was erected thanks to numerous donations and has been modified on numerous occasions over the centuries until it reached its current appearance.

The Cathedral of Santiago de Bilbao is located in the heart of the Old Quarter of the city. It is a monumental church built at the end of the 14th century and the seat of the Diocese of Vizcaya since 1949. The building is completely consecrated to the apostle Santiago El Mayor, patron saint of the city. It is for the latter that the temple is related to the passage of the Camino de Santiago del Norte with the Biscayan city.

In the Gipuzkoan city of San Sebastian is a palace considered a property of cultural interest and outstanding Basque built heritage. The Miramar Palace, also known as the Royal Palace, was a project at the request of the Spanish Royal House designed by the British architect Ralph Selden Wornum and built by the Spanish architect José Goicoa at the end of the 19th century.

Cantabria; experiences of the Northern Way

Next to the traditional fishing port of Castro Urdiales and its castle-lighthouse is this Gothic style temple, dating from the early 13th century. Although it is colloquially known as the cathedral of Santa Maria, it is a church (majestic, that is), which enjoys the recognition of Cultural Interest.

Romanesque and Gothic style, the collegiate church of Santa Juliana de Santillana del Mar dates from the late eleventh and early twelfth century, when it was erected on top of an ancient monastery (which, according to tradition, guarded the relics of the martyr Santa Juliana). Of the collegiate church, which has been a National Monument since 1889, the sculptural decoration of its façade, its capitals and its cloister stand out.

Comillas, originally a fishing port, became thanks to Gaudí's work a visited city of modernist cut where art can be seen in its striking palaces. It all began in 1878 when Eusebio Güell commissioned Gaudí to build his in-laws' chapel, the first of many commissions to follow. Architects such as Joan Martorell, Cristóbal Cascante, Lluís Doménech or Gaudí himself, would leave the mark of modernism in beautiful projects, such as the Pontifical University, the Palacio de Sobrellano or Gaudí's Capricho.

➡ Lighthouse of the horse, Santoña

In the coastal town of Santoña, Cantabria, is located on Mount Buciero one of the most outstanding places in the town for having views impossible to forget. It descends more than 700 steps to enjoy one of the most privileged panoramic views of the Cantabrian Sea. The Faro del Caballo is, without a doubt, one of the essential tourist destinations for our passage through the Camino del Norte.

Santillana del Mar is considered one of the most beautiful places in Cantabria. Within its extensive cultural heritage stands out the old town, which dates back to nothing more and nothing less than the Middle Ages. Anyone who walks through the streets will be able to see, thanks to the different buildings that make it up, its clear medieval origins.

This is a very beautiful and much visited sea beach, but located inland, belonging to the council of Llanes, declared a natural monument in 2001 and which can only be accessed on foot from the beach of San Antolin or from the town of Naves.

➡ Old wall and tower of Llanes

The town of Llanes, with a glorious past, had a defensive walled enclosure whose works were carried out between the thirteenth and fifteenth centuries thanks to the charter granted by Alfonso IX in 1206. Today 300 meters of the northern part of the original wall and part of the southern area, where the keep is located, which currently serves as the headquarters of the tourist office, are preserved.

Along with that of Oviedo, the old town of Avilés is the most important in all of Asturias; declared a Historic-Artistic Site, it is full of arcades, squares and churches. Its medieval citadel was the center of great commercial activity thanks to the port of Avilés, one of the most important in the whole of the Cantabrian Sea.

Also known as Sancta Ovetensis, the Cathedral of San Salvador de Oviedo is a Gothic style construction of great importance at territorial level and one of the most relevant cathedral complexes in all of Spain. It has more than 1,200 years of history behind it, so this point has been witness of the Christian kingdoms of the north of the Iberian Peninsula during the Middle Ages.

Galicia; experiences of the Northern Way

➡ Cave of Rei Cintolo, in Ribadeo

In the Lugo municipality of Mondoñedo is the largest cave in Galicia, the Rei Cintolo cave, with three floors of galleries that reach up to six kilometers in length. In the cave, which can be visited with a guide, materials from the Iron Age have been found.

➡ Monastery of San Salvador, in Lourenzá

This Benedictine monastery located in the town of Lourenzá, declared an Asset of Cultural Interest, consists of an abbey, a convent, two cloisters, a courtyard, several chapels and a church. The monastic complex is of Romanesque and Baroque style, was founded by Osorio Gutiérrez, the Holy Count, in the 10th century and has a remarkable Museum of Sacred Art.

The monastery of Santa María de Sobrado was founded in 952 by Hermenegildo Alóitez, Count of Présaras, was recovered in the middle of the 20th century after a long time abandoned. Declared a National Historic-Artistic Monument, it is one of the most important monasteries in the province of A Coruña and one of the greatest exponents of Galician Baroque.

Along with the co-cathedral of Ferrol, the Cathedral of Mondoñedo is one of the most beautiful buildings in Galicia. One of the singularities of the cathedral are its perfect proportions and its low height, which is why it received the nickname "Kneeling Cathedral". It was also declared a national historical relic in 1902.