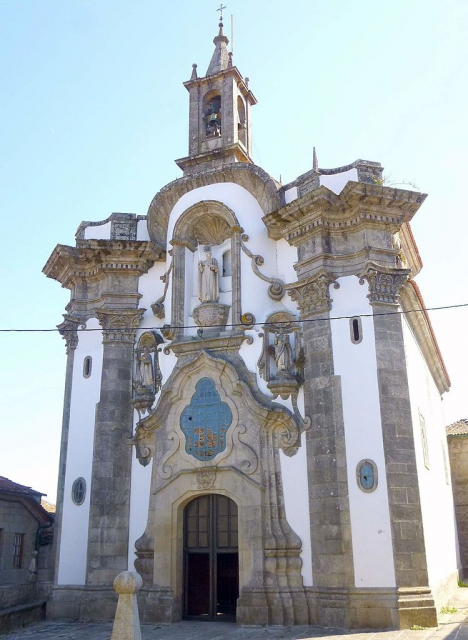 Located in Tui and a few meters from the Chapel and the Crucifix of Mercy, we find the Chapel of San Telmo. This chapel is one of the most iconic places of this Galician town and serves as a meeting point for thousands of pilgrims who travel the Portuguese Way and tourists who come every year to visit Tui.
This religious building is considered unique in the community of Galicia. This is because it is part of the Munoto Baroque, a style that comes from the art of André Soares. It has a cross plan and stands out for the different figures of Dominican saints that includes both inside and outside.
Built by the Portuguese master Fray de Mateo, it was built between the sixteenth and seventeenth centuries on the house where St. Telmo had died years before. That is why the chapel was built in honor of San Pedro González Telmo who has been the patron saint of the town for years.
Although this chapel has great historical value, many people are struck by its striking appearance. Unlike other buildings in the city, the Chapel of San Telmo was built with lighter tones both inside and outside, bringing light to the rest of the buildings around it.
Photos & videos
Activity 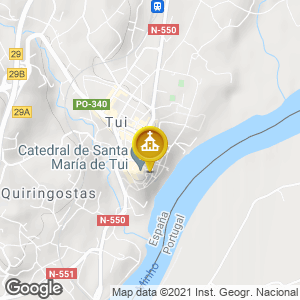