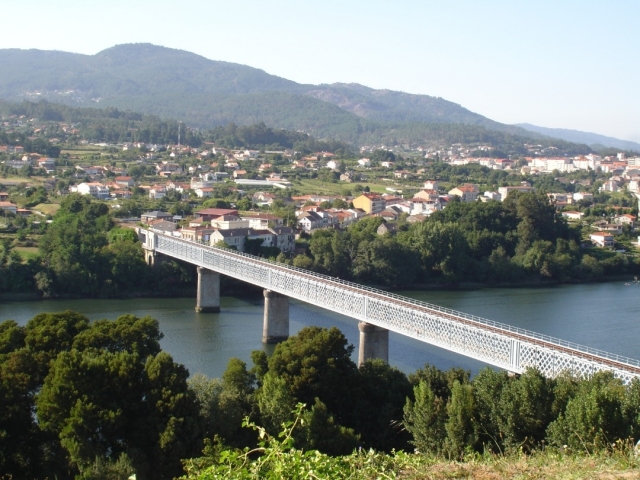 A bridge that joins two countries

More than a monument to behold, the Tui International Bridge is a very important historical monument for the municipalities in which it is located and, of course, for the Camino de Santiago. Flying over the waters of the Miño River and joining the towns of Tui and Valença do Minho, the International Bridge is the gateway that joins the countries of Spain and Portugal on the Camino. A bridge that not only pilgrims take advantage of, both locations have communicated and twinned for years thanks to this construction.

The bridge is a construction designed by the engineer and deputy from Rioja Pelayo Mancebo and Ágreda, being released on March 25, 1886. We are therefore talking about a more than centenary bridge, used not only by pedestrians and vehicles, but also by a railway . It is a very interesting place to visit if we are doing the Portuguese Way.

The legend of your design

It is a long bridge whose structure is a long lattice-type metal mesh. A long metal drawer through which cars travel in its center, pedestrians at its margins and a train on the metal structure. This structure is supported by large concrete pillars that descend to the famous river, although initially it was planned with metal columns. Legend has it that the bridge was actually designed by Gustave Eiffel - designer of the Eiffel Tower - but the truth is that it is a provenly false myth. 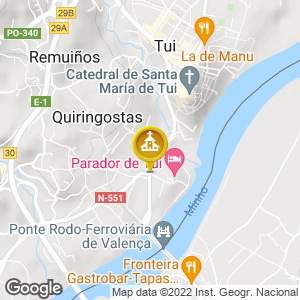