After docking in La Coruna, passengers of this particular ship have been transported by bus to Finisterre, from where they will leave for Santiago 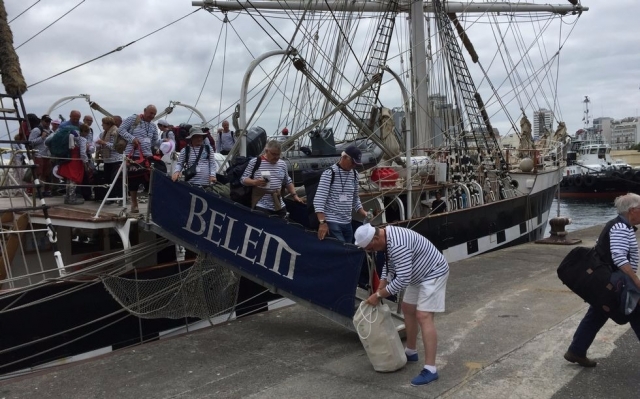 Belem is the name of an impressive sailboat built in the nineteenth century and has recently come to the port of La Coruna carrying no less than 50 pilgrims, of course, continue their particular and enviable Camino de Santiago. Not everyone can boast of having made part of the road on a ship built in the shipyard of Nantes in 1896. Among the pilgrims, lots of French and German hikers found, but among them stands a pilgrim of Canada, Silvia Hanes, who says that "led the Way and the apostle James in my heart." A good example of what the Camino citizens and believers from other countries.

After docking in La Coruna, passengers of this particular ship have been transported by bus to Finisterre, where they want to see the so-called "end of the world", and then continue route to Santiago de Compostela. Of course, ride the oldest sailing ship in Europe is not cheap. The crossing from France costs 48,000 euros, available to very few.