What would you change about the Camino de Santiago? How would you improve it?

Surely in your experience on the Camino de Santiago you have noticed some improvements that can still be made to improve the experience of future pilgrims. We collect your opinions! 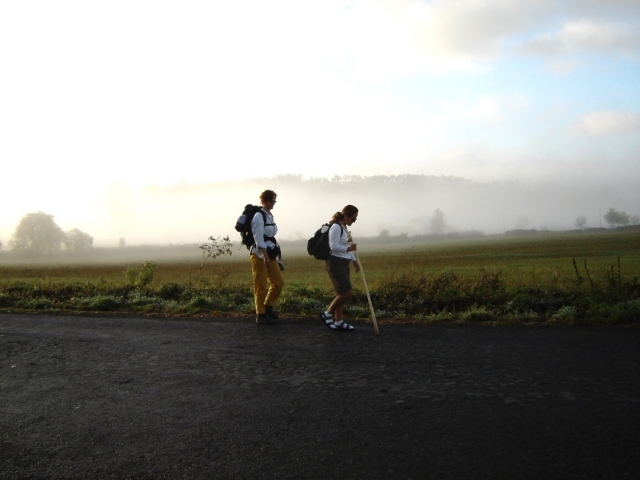 In recent days we have asked you, through the social networks Instagram and Facebook, to tell us how you would improve your experience on the Camino de Santiago. Whether it's the French Way, the Primitive Way or any other route you've made, we wanted to know your opinion when it came to improving the experience for future occasions or future pilgrims. No one better than the opinions of people who have made the Way to improve it!

Of course, the themes have been very diverse and, depending on the experience of each one, different improvements are suggested. For example, one of the usual complaints is the non-opening of many historic buildings, which cannot always be visited. But, without a doubt, the pilgrims point out two important improvements in their sections: the shelters and the routes.

In the case of shelters, some of them are closed for a large part of the year, forcing pilgrims to look for an alternative or continue with another stage, and attention is not always the best or most careful. There is also some concern with some routes, especially some with too much asphalt and that are located in the ditches of the roads. An alternative route would be ideal. On the other hand, sometimes they are not well marked and can cause confusion.

The French is a beautiful road, the only thing that should be corrected is that many buildings, whether religious, castles or palaces, close them and can only be seen on the outside. This happened to me with several who had a real interest in knowing and I was left wanting, especially with those who traveled from far away (Mexico) and it is difficult to return. For the rest and in particular for its people, the road is unique.

There are places where the signage is blurred or confusing. In other places where the road was divided there is no signage or there are several, it is not clear which would be the ideal. Some lodging (Roncesvalles, ex-convent) bad attention, very unfriendly, a smile would be beautiful when you arrive.

On the road Vía de la Plata in some crosses there may be confusion, but with looking for the next signal that is usually close, fixed. The hostels great, it was also Jacobeo year and they put more care. Of course, many years have passed from this.

On the Northern Way there is a lot of paved road and it gets very tired... 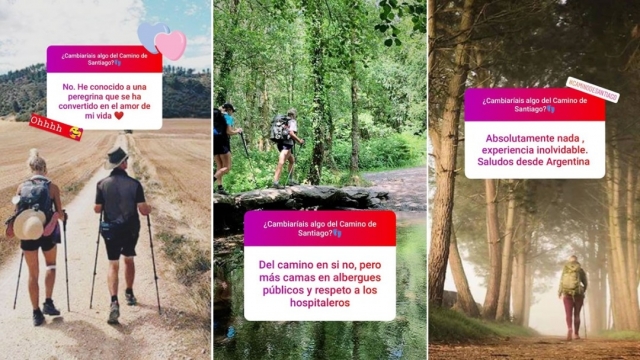 Well, I have done the French Way 6 times and last year in January from Sant Jean Pied de Port, and I had to walk some 45 km some day because I found the shelters closed. Of course, before arriving in León, because from there there is much to choose from. Yesterday I have come to do the Portuguese Way and I have to say that this road is growing a lot and there is much to improve; when you leave Tui you are stuck to the road and in many occasions cars pass you at full speed and you have no sidewalk. After Rounding the same. And also those who have put these stones in the middle of the road to walk on them, just to say that I don't think they have ever made a path, because that destroys the soles of their feet. Those of us who have made some path or like to walk along the paths look for land that also cushions the knees when walking and at the end of a day it is appreciated. Greetings to all and good way !! 🏽‍♂️ ULTREIA !!

This summer I made Portuguese from Valença do Minho. Some sections were dangerous, by the side of a road without a shoulder, poorly marked, the actual lengths and kilometers did not add up, etc...

On the "Camino del Norte" propose an alternative to the crossing at the foot of the bridge of the Ribadeo estuary highway. 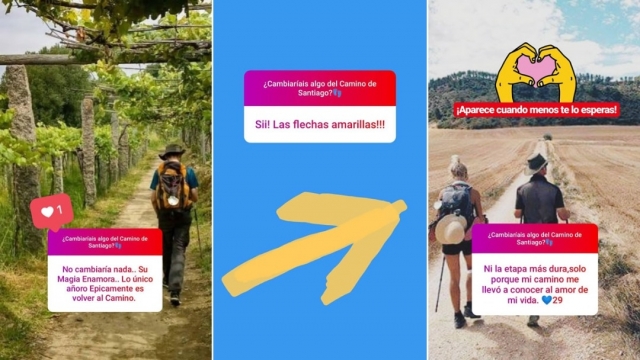 Well, I know the French way, there are shelters that if you do not eat the food they prepare they do not leave you with a sad table to eat your own, and you have to eat in the street, literally in the street. It happened to us in several hostels, of course they were private and the owners do what they want. There are the hostels that lie saying that they have room to hang clothes, heating and all services and then it is not true ... The heating is a butane stove where at 10 minutes we all had a headache, the shopkeeper was a rope that I put from bunk to bunk so we could all lay clothes wet from the rain and the bathroom with shower was one without heating on one floor for everyone.

[...]Then there are the little shops on the road that in some people think we are fools and wanted to charge us 3 euros for a tomato and another 3 for an onion, or 4 for a small can of tuna. And things like that to make a book. Then there are the good Samaritans who offer you a hot drink in exchange for the will. That was the most and, especially, when it was cold.

There are areas where you walk a lot of kilometers and there is nothing to sit down other than the ground and, if it is raining, then to get wet you can not rest for five minutes. In some areas there are snacks, but all are discovered and, in areas where it rains a lot, there could already be one with a roof. And on top of that you arrive at a town where there is nothing, you see the church and you see yourself saved, when you arrive the door is closed and nothing, to keep getting wet. It is worth wearing poncho the body does not get wet, but it is very tired to walk kilometers and kilometers in the rain. Most of the closed churches and those that are open, in some, wanted to charge us to enter, so we did not enter.

[...] I know that there will be those who say that the road is going to suffer. Well, we suffered from ours, we went with the backpack behind us and walking. From Roncesvalles to Santiago it took almost two months; I fractured both my feet and ribs in an accident and I had it pending, so it took us so long, because those who accompanied me were at my pace. I keep the good, which luckily has many things: very nice people and shelters where they treated us like family.

Few sources to drink water on the Portuguese Way.