Who was Domingo Antonio de Andrade? 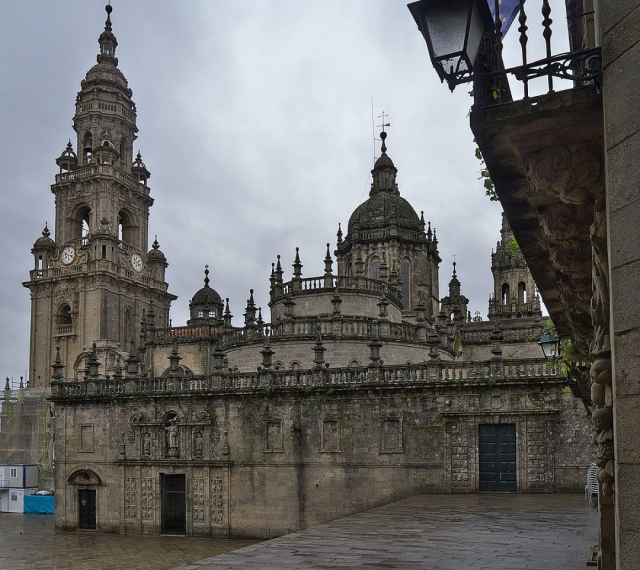 Domingo de Andrade is one of the most important figures in Galician architecture, as he was the driving force behind Baroque architecture in the region, at a time when classicism was the dominant trend. His most outstanding works are closely related to the Camino de Santiago, as they are precisely part of the Cathedral of Santiago itself: the Clock Tower and the Plaza de la Quintana.

Domingo Antonio de Andrade was born in the town of Cee in 1639, the second son of a wealthy family. This allowed him to attend university studies at the University of Santiago de Compostela, specifically studying arts at the Faculty of Philosophy and Letters.

In 1662, Domingo began his training as an architect in the workshops working on the remodelling of Santiago Cathedral. During this time he became a great wood craftsman and strengthened his intellectual profile. Only a year later he founded his own workshop and joined the city's craftsmen's guilds. One of his first works of his own was to make the main altarpiece of the church in his native Cee.

In addition to his architectural work, in 1695 Domingo de Andrade published the treatise Excelencias de la Arquitectura (Excellencies of Architecture). A work that was more theoretical and intellectual than practical, in which he defended the scientific nature of his profession as an architect. 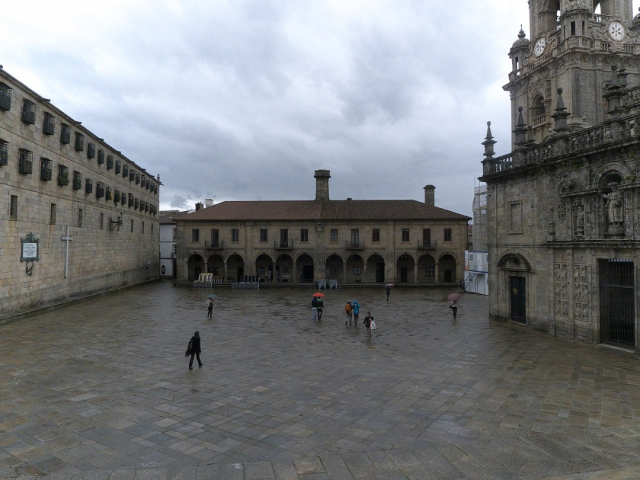 In 1669 he was appointed Senior Quantity Surveyor of Santiago Cathedral and later Master Builder. It was at this time that he directed the construction of two of the most emblematic elements of this cathedral: the Clock Tower and the Plaza de la Quintana.

The first of these was built on the basis of a medieval tower, to which the three sections were reformed and details such as sashes, strings of fruit and smooth-profile scrolls flanking the clock were added. With this tower, Domingo de Andrade inspired other architects in Galicia and Spain.

He also built the Royal Portico in the Plaza de la Quintana, where the new influences of the Baroque style can be clearly seen, especially in the Casa de la Parra.

Domingo de Andrade worked as an architect until the death of his wife in 1700. After this event, he was ordained a priest and joined the convent of San Francisco de Santiago de Compostela, where he died in 1712, being buried in Santiago Cathedral itself.