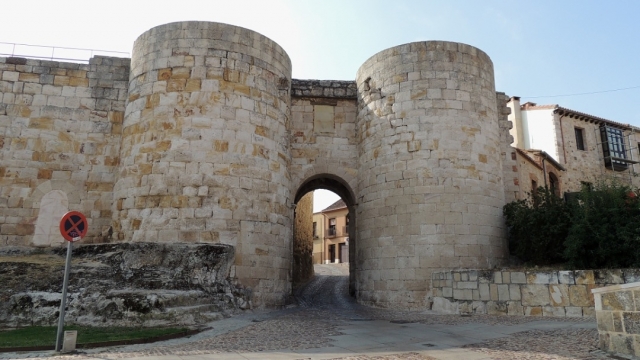 Mansion of the Queen of Zamora

Doña Urraca's palace was the place where Queen Urraca of Zamora resided. Daughter of Fernando I de León and Queen Sancha, inherited Zamora after the distribution made by her father before she died. This Romanesque style building dating from the 11th century, housed the best testimony in the history of the city. You will find it doing the Sanabrés Way, a route that crosses Zamora to Santiago de Compostela.

It is currently in ruins, and there is only the ''Puerta de Zambranos'', or also called ''Puerta de Doña Urraca'' or ''Arco de Doña Urraca''. Despite this, thanks to an ancient painting that appeared, it was possible to know what the palace looked like: three hundred feet high, with two towers one hundred meters and twenty-five in diameter, with an elegant Byzantine style.

He was visited in the 17th century by King Felipe III during his stay in the town. At that time, it belonged to Don Alonso Guerra de Losada, a gentleman from Calatrava. Later in the 18th century, it was used for the disabled headquarters. At present it belongs to the Zamora City Council, used as an information point to know its evolution and make exhibitions.

Of this architectural ensemble, only the ''Puerta de Zambranos'' is preserved: an access door that is located in the city wall, declared BIC (good of cultural interest) on August 4, 1874. It has a very deteriorated relief of the queen leaning out the window of her palace, where according to legend, she dedicated the following words to Cid: ''Outside, outside Rodrigo, proud Castilian'', when he proposed to give the siege of the city to his brother Sancho II.

The weather in Zamora 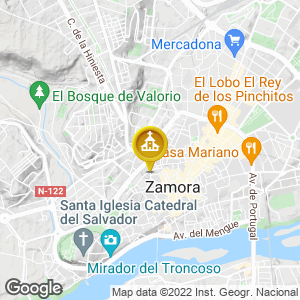