As well as having a great variety of historical monuments, in Burgos we can also find places of great scientific interest such as the Museum of Human Evolution. This museum has been active since 2010 and focuses on palaeontology and physical anthropology. That is why we can find everything from fossils to hyper-realistic reproductions, among many other things.
The origin of the Museum of Human Evolution in Burgos is closely linked to the Atapuerca Mountains. This museum was declared a World Heritage Site as part of this site, since a large part of the remains found there are preserved and researched there.
Although it contains many collections and exhibitions of great cultural and scientific interest, the building in which it is located is also of great importance. This building was designed by the architect Juan Navarro Baldeweg and was built on the site of the former convent of San Pablo de Burgos, which belonged to the Dominican order.
If you are going to visit the city of Burgos or if you are going to choose it as a starting point to begin the French Route, you should visit the Museum of Human Evolution in Burgos. Through this museum we can get to know our ancestors much better and find out how human evolution has progressed over the years up to the present day.
Photos & videos
Activity 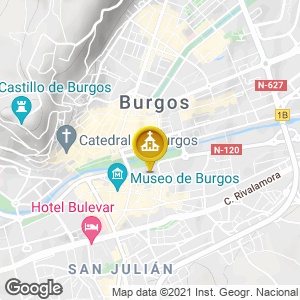