Camiño do Mar: Everything you need to know about this alternative route to the Camino del Norte

The Camiño do Mar is an alternative route to the Northern Way to continue along the Cantabrian and Atlantic coast. 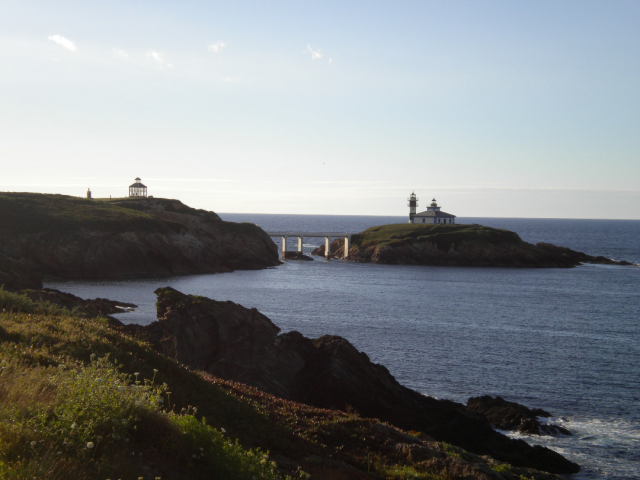 What is the Camiño do Mar?

The pilgrimage to the city of Santiago de Compostela can start from different places in the Iberian Peninsula. The Northern Way unfolds when we reach Ribadeo, a municipality in the province of Lugo where we can start one of the most spectacular routes if we decide to do the Way of St. James. The Camiño do Mar is a variant of this popular route that follows the coastline from the Basque Country, covering a large part of the Galician Cantabrian coast.

The Northern Way, also known as the Coastal Way, starts in Irún (Guipúzcoa) and runs from east to west as far as Ribadeo. From the last mentioned town, the route moves away from the coast to head inland to find the Galician capital. The Camiño do Mar, however, continues along the coastline of the provinces of Lugo and part of A Coruña to reach the awaited Cathedral of Santiago de Compostela.

The Camiño do Mar is, then, an alternative route to the Northern Way to continue along the Cantabrian and Atlantic coast. The route starts in Ribadeo and passes through some of the most iconic places in Galicia, such as Viveiro and San Andrés de Teixido until it reaches Ferrol, where it links directly with the English Way to Santiago de Compostela.

Why choose the Camiño do Mar?

Although all routes to Santiago de Compostela offer unique experiences, the Camiño do Mar has some special features. Starting from Ribadeo, you begin to appreciate some of the best panoramic views of northern Spain. On the way west, pilgrims continue their journey along the Cantabrian coast until they reach Ferrol. Along the way, all kinds of mountainous and coastal landscapes are incorporated, making you feel part of nature from the very first kilometers.

But besides providing an enormous view where marine colors and abundant vegetation predominate during the journey, the Camiño do Mar is one of the most exciting and satisfying routes of the Camino de Santiago. Just as it is a challenge for pilgrims, it can also be positively valued as a passage through mythical places in Galician culture and tradition.

Stages of the Camiño do Mar

As it crosses a large part of the Cantabrian coast, most of the stages of this alternative route are quite long. The Camiño do Mar is considered one of the most complicated, both for its distance and for the challenge it poses to pilgrims, something that at the end of the Camino translates into infinite experiences that make one surpass oneself.

The Camiño do Mar has a route of about 275 kilometers that are divided into 12 different stages, among which we can find the most varied distances. The route starts in Ribadeo and continues through different municipalities of Galicia until it reaches Ferrol, where the route merges with the English Way to reach Santiago.