Can the Camino de Santiago be done this summer? This will be the return to normality

We inform you of when the reopening of the Camino de Santiago will be due to the Covid-19, what the new normality will be like and all aspects related to mobility

The answer is yes. After a few months of confinement in which we all long for the routes of the Camino de Santiago and the freedom they offer us, we can finally know the date on which the Camino can be resumed. The commission that organizes Xacobeo 2021, made up of the Ministry of Culture and Tourism, the Santiago Council and the Archbishopric, have been in charge of establishing this new beginning. July 1 is the planned reopening date that was agreed at a meeting at the CGAC just a few weeks ago.

Along with the new start of the Camino de Santiago, they have also established the reopening of the hostels, the Cathedral and the pilgrims' reception center. The protection measures are considered to be complied with to guarantee the safety of the pilgrims and all the workers linked to the Camino. However, the institutions have wanted to convey a message of caution to all those pilgrims who plan their return. 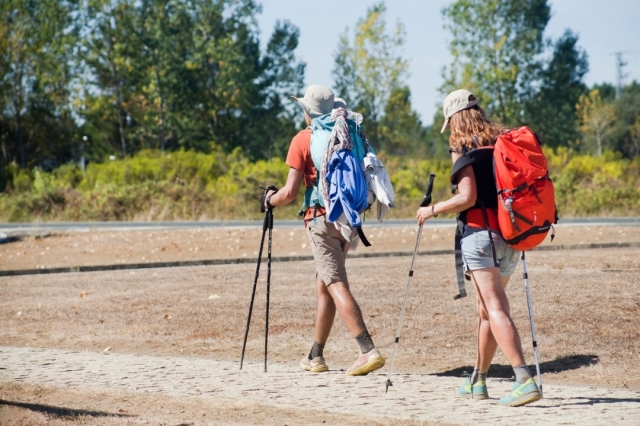 The new normality on the Camino de Santiago

To facilitate this new situation, the Xunta has planned training and financing initiatives to accompany this new process. As for public hostels, Román Rodríguez, Minister of Culture and Tourism, confirmed at the meeting that took place at CGAC with the organizing committee of Xacobeo 2021, which will open gradually, depending on the supply of places for those that each establishment has. Private hostels follow the same path as public ones, since 70% of private hostels on the French Way will open their doors in July, while the remaining 30% will do so in August.

We recently shared on ViveCamino the protection measures taken by the Camino de Santiago hostels after COVID-19. They contain various guidelines to ensure a safe recovery, with a preventive manual prepared by the Institute for Spanish Tourist Quality (ICTE).

In addition to all these measures, Román Rodríguez refers to online courses for sanitary hygiene for hostel workers, which began a few weeks ago with an initial offer of 500 places.

The financial aid they will offer will be worth six million euros for all establishments in the tourism and catering sector, including those linked to the Camino de Santiago. In this way, they will be able to adapt their businesses to this new normality. If you want more information, you can obtain it through this free phone number: 900 815 334, or by writing to galiciadestinoseguro@xunta.gal to resolve any type of question.

Mobility and the Camino de Santiago

July is also the month marked to start mobility with pilgrims from other countries (outside of Spain). Free movement in Spain may be carried out as soon as the four phases of de-escalation are completed. As soon as the alarm state ends and the new normality begins, it will be possible to circulate between provinces and communities, always adopting the established security measures.

As for international tourism, the President of the Government of Spain announced the opening of borders from July. The borders with the Schengen countries of the European Union will open on June 21, with the exception of Portugal, with which it will open on July 1, as established.

July 1 is the agreed date for the reopening of borders with countries outside the European Union, being selectively based on their epidemiological situation. The countries included must meet three requirements:

Currently, Spain is waiting for Brussels to draw up a list of the countries with which these external borders can be reopened.