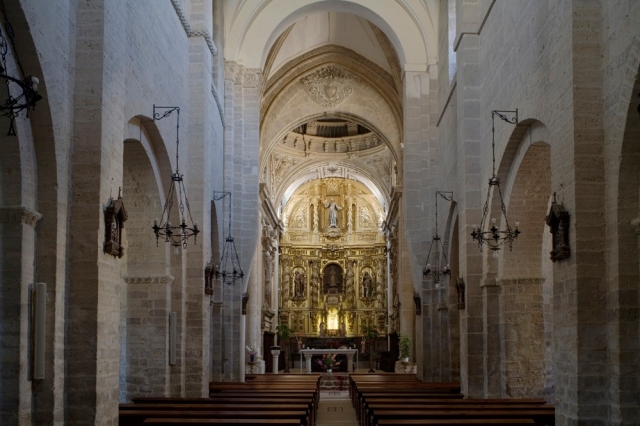 The Church of Santa María del Camino is the oldest church in Carrión de los Condes, located in the town of Palencia, Castilla y León. It was built in the mid-twelfth century as a tribute to the Virgin of Victories, for victory over Muslims and the release of 100 girls who were going to be delivered to Miramamolín. This dedication was the reason why the church was originally known as Santa María de las Victorias, however, being located next to the Jacobean route, people began calling it and making it known under the name of Santa María del Camino.

This church, of primitive romanesque style with french influences and built in stone masonry, has 3 naves finished in cylindrical apses and stands out for its large dimensions if we compare it with other romanesque temples of the peninsula. Inside, the gothic sculptures of the Virgen de las Victorias and the Cristo del Amparo are preserved, while the south Portico highlights the adoration of the Magi, the figures of Samson and Charlemagne, and an archivolt of characters in their trade. 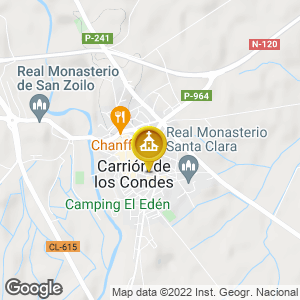