The gastronomy of the Camino de Santiago is varied and rich, full of unique dishes that warm the soul of the pilgrim through the stomach, like the cooked maragato 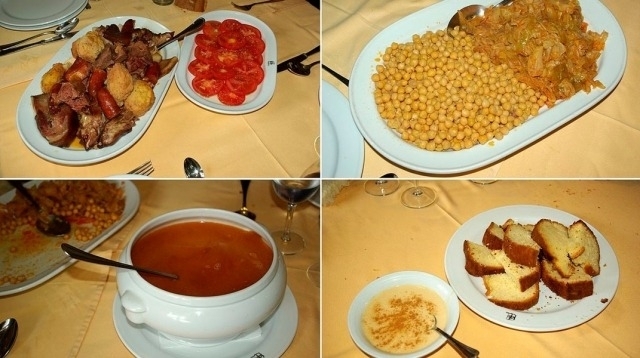 Cocido maragato is a traditional Castilian stew that takes its name from the region of Maragatería, in the province of León. Originally, this traditional dish was prepared and consumed by farm workers: a single meal during the day to face a hard day's work under the sun or at the expense of cold and wind.

It is a really complete and consistent dish (perfect for any pilgrim after going through a tough stage of the French Way) that requires slow cooking, including ingredients such as legumes, meat and vegetables. First the meat is cooked to give as a result the soup, which is served thick, with noodles or with bread.

The stew that is served upside down

One of the most well-known and unique characteristics of cocido maragato are its three "overturns"; that is, diners are traditionally served - always in large separate sources - starting with the meat, then the chickpeas and vegetables and finally the soup, just in reverse order with respect to other traditional stews.

In the preparation of the cocido maragato, which of course is served hot, can be used more than a dozen different types of meat (although traditionally speaking of seven meats), such as chorizo, cecina, pork nose, meat of cow, chicken meat, bacon ...