The gastronomy of the Camino de Santiago is varied and rich, full of unique dishes that warm the soul of the pilgrim, as is the case of the Galician soup. 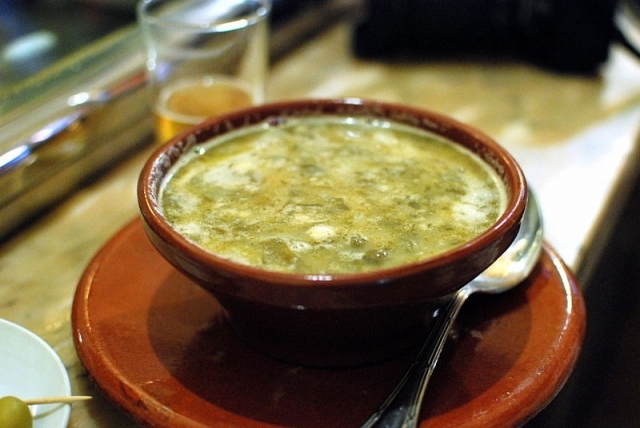 The Galician soup is a perfect dish for the coldest months of the year (as well as other dishes such as cocido maragato del Bierzo) and is one of the healthiest and simplest to prepare within Galician cuisine.

This typical dish of the Camino de Santiago cuisine is really a nutritious vegetable soup of the area that is taken in a deep dish or clay bowl, served very hot and as a unique dish. It is perfect to reconstitute the body when it is cold after a long day walking or working.

This stew of cooked local vegetables consists of grelos, cabbages, cabbages, as well as potatoes, while the substance of the broth is obtained through the lard of the fence (you can also add bacon or sausage).

According to the forcefulness that you want to give the dish, we will find it prepared with white beans or without them, with meat or simply cooked with vegetables. As it happens with the Galician pot or the Galician stew, there are many recipes around this traditional stew, since traditionally it was throwing what was at home.

The Galician soup is a stew that asks to be cooked on a low heat and that is prepared to be taken during several days of the week in a large pot. Traditionally it is considered to be from the second day when the broth is better to serve, as the flavors grip.