Interesting facts about the Camino de Santiago you did not know

For everyone knows that the Jacobean Route hosts all kinds of legends and myths and stories of the millions of pilgrims who have gone through it. But of course, and how could it be otherwise, we also found a large number of curiosities, you have the most relevant. 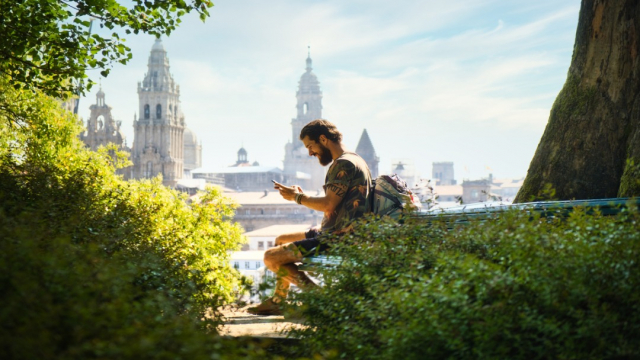 Number of times the botafumeiro fell

More than one pilgrim has ever wondered if the great botafumeiro of the Cathedral of Santiago could be detached from the great chain that hangs from the ceiling. This situation sounds quite frightening, but the fact is that this has already happened. The huge censer has fallen down up to three times since the Cathedral of Santiago is in operation, the first time being at a mass where Princess Catherine, daughter of the Catholic Kings, was present. On that occasion the botafumeiro (a kind of smoking bin) was thrown out of a window on the facade of Platerías, but fortunately, without harming anyone.

The water and wine fountain

The pilgrims who travel the French Way from some of its first stages, must pass through the town of Ayegui in Navarra. They will cross through this municipality, after having started the Estella - Los Arcos stage, and they will surely be surprised by the characteristic fountain found there. The company Bodegas Irache has installed a fountain on the wall overlooking the French route that can be used freely by pilgrims, and which stands out for having a water tap and a wine tap. This fountain was installed so that the pilgrims could regain their strength and refresh themselves with a little wine, which they change every day.

The origin of the yellow arrows

Despite the fact that there are currently thousands of people every year who travel a Jacobean route to reach the Cathedral of Santiago, it has not always enjoyed this popularity. For example, in the 1980's, yellow arrows had to be painted to indicate the path that pilgrims should follow, which could be painted on the ground or on trees, or on some signpost. As there were so many yellow arrows on the way, they became a symbol of the Camino de Santiago, achieving their goal of promoting the Camino de Santiago. It is worth noting that this was largely possible to Father Elias Valiña, who marked out the entire French route from the municipality of Roncesvalles with yellow arrows. 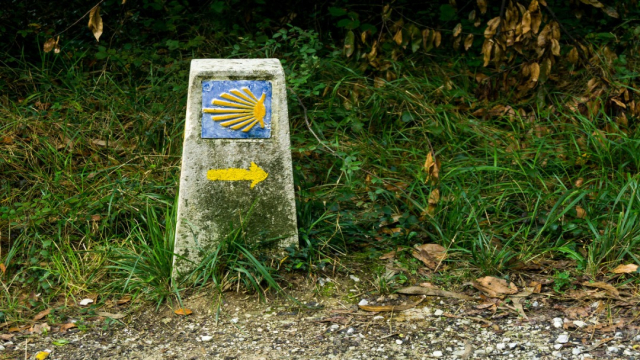 A bridge where a medieval tournament was held

After starting the stage San Martín del Camino - Astorga of the French Way, we will have to cross through Hospital de Orbigo, a legendary city within the Camino de Santiago. In Hospital de Orbigo, located in the province of León, you will find the popular Passo Honroso Bridge, a medieval bridge from the 13th century. This bridge, built over the river Órbigo, is not only of great architectural value, but was also the protagonist of one of the most important historical landmarks of the medieval era in Spain. In the same place in 1434, a medieval tournament took place that confronted different knights of the time and was finally won by Don Suero de Quiñones, a knight from Leon.

In 1989, on the occasion of the IV World Youth Day, Pope John Paul II arrived at the Cathedral, becoming the first pilgrim Pope in history. To achieve this, he put on the characteristic cape worn by the pilgrims and walked the last hundred meters to the Cathedral of Santiago. This act was carried out together with Cardinal Ángel Suquia, who was the Archbishop of Santiago de Compostela for 10 years. The aim of arriving at the cathedral as a pilgrim was mainly to make the Camino de Santiago known throughout the world, something that he more than achieved and which attracted thousands of pilgrims to the Galician capita

Oddly enough, or own a legend that has been forged over the centuries, the Game of the Goose has many - too many - similarities to the Camino de Santiago. To begin with, the correspondence between the boxes and the stage is one of the strongest statements charges today. A guide to gameplay, because if we stop staring to analyze the format of the popular board game, it matches what would be the way there (boxes 1 to 32) and back (boxes 33 to 63) of the Jacobean Route.

What is the origin of using scallops as a symbol?

Anyone who has walked the Camino de Santiago, or not, recognizes that the scallop is the symbol of the pilgrim, but how many of you would be able to tell you why? In relation to this, and like many other curiosities that we found along the Jacobean Route, there is no story that is the true, even if we know the legend might be the best fit. What would be willing to make your wedding day in order to draw the attention of the bride? Something similar must have thought the son of Count Bouzas (Pontevedra), who wanting to be the focus of the lady decided to go on the beach with his horse, with such bad luck that a large wave knocked him down.

Desperate and seaward road, the young prayed ... shortly after he was on the shore and with his clothes soaked in scallop shells. The legend also states that days later the ship arrived in Santiago with the remains of the Apostle. As if it were a signal, the son of Count pilgrimage to the city accompanied by a scallop shell. 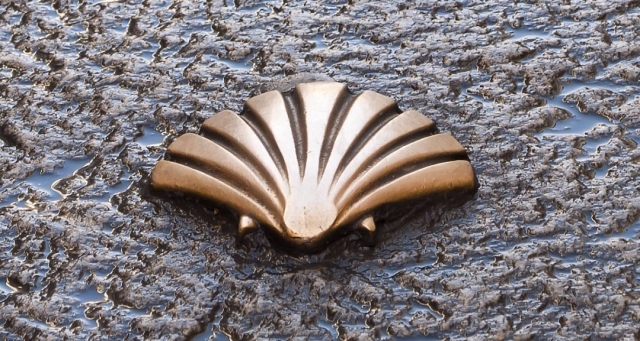 The Spanish picaresque ... a classic of our country and that has been reflected in genuine classics of literature. The Camino de Santiago has been the backdrop of countless stories, so much so that Philip II back in 1590 took serious action against anyone who tried to benefit and seek own good advantage of the pilgrims. The habit was one of the most used by pilgrims, knowing this, draperies not a few people began to use - especially thieves - in order to confuse the pilgrim.

Philip II chose to only allow the use of clothing to those pilgrims who came from beyond the Pyrenees. The stories do not end here in shoplifting. As is currently the case, pilgrims restocked forces in inns and hostels. Since some of them were foreigners, the savvy owners of the premises rotten food offered to them, or even a higher cost of services with respect to the inhabitants of the area. Such acts are not overlooked for the authorities in the area who punished harshly this attitude.

In the Camino de Santiago we will find a vast number of pilgrims. Contrary to what many may think, the Jacobean Route is a meeting point for both religious and for pagans. In fact, the latter have as the Jubilee Pagano put out a cigarette on the back of one of the angels who are at the gates of La Casa de Varela.

The recovery of the Camino de Santiago

It was the sixteenth century, and the Camino de Santiago was one of the most devout pilgrimages attracted. Unfortunately, entering in the seventeenth century their number decreased considerably, while thereafter the Jacobean Route fell on "deaf ears" and therefore forgotten. Years passed ... the centuries, and it was not until the mid-50s of the twentieth century when Father Valiña set completely revitalize El Camino de Santiago.

First it focused on the restoration of several specific locations thereof; later - and going back to the 70s - he steeled himself to mark the Jacobean route from the Pyrenees to Santiago, there is nothing. Their work does not end here, because the Father Elijah so that people remember the Apostle Santiago as he should, also published a guide on the road. Word of mouth, and the subsequent restoration of the years Ruta later resulted that in the 80s the Way back in style, being in the 90 - and specifically in 1993 on the occasion of the Holy Year - when the Route recover all its glory. 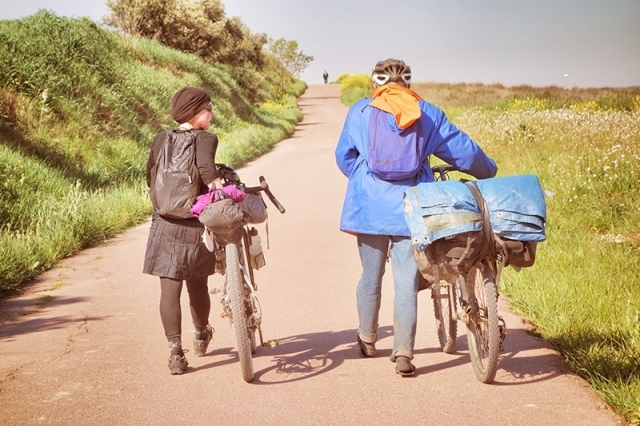