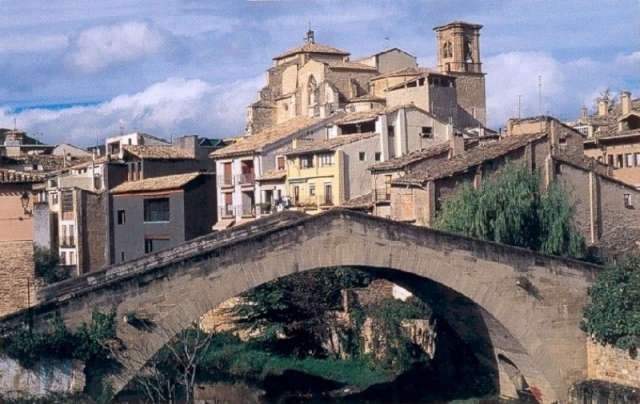 Estellas weevil bridge: One of the emblematic points of the French Way

The bridge over the Ega River, also known as the prison bridge or weevil bridge, is a medieval era bridge located in the municipality of Estella, in the Foral Community of Navarra. This bridge, built in stone and designed with a single arch that gives it a weevil appearance, is one of the most important points of interest of the Camino de Santiago in Navarra, and through which, pilgrims have to pass during one of the first stages of the French Way.

The original bridge, built in the 12th century, and that linked the neighborhood of San Pedro de la Rúa with the old town for years, was destroyed in the 19th century by the Third Carlist War. However, thanks to the reconstruction of the bridge in 1873, respecting both the aesthetics and the structure of the original, thousands of pilgrims have already been able to cross it and enjoy the unique landscape it offers.

The most peculiar and surprising thing to everyone who crosses the bridge is the unevenness it has, due to its beaked shape. Thanks to this feature, the bridge offers, from its highest point, a spectacular panoramic view of the Ega River and the buildings on both sides of its riverbank. 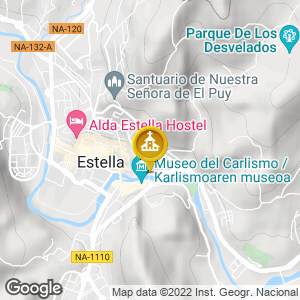