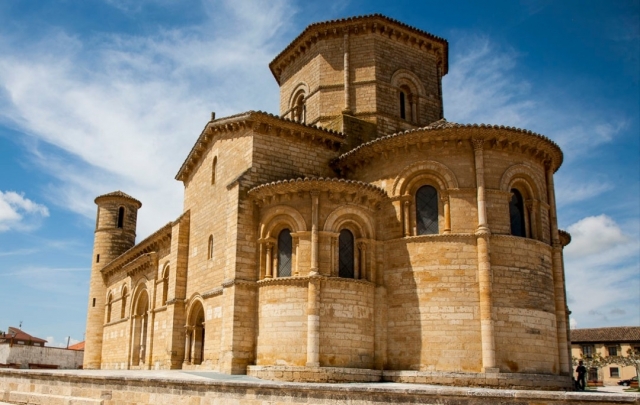 Church of San Martín de Frómista: One of the Romanesque jewels of the Camino de Santiago

The church of San Martín de Frómista, with a typically Romanesque exterior appearance, dates from the 11th century and is one of the most representative buildings in the province of Palencia. The temple, dedicated to San Martín de Tours, is related to the Cathedral of Jaca, which can be visited if you walk the Aragonese Way.

This religious construction, of basilica plan, is one of the few full or dynastic Romanesque constructions in Spain and finds its origin in the Benedictine monastery of San Martín, founded by Doña Mayor, Countess of Castile and Queen of Navarre, in 1066 (the church would be erected some years later as part of that complex).

Found in ruins at the end of the 19th century, the church was rebuilt after being recognized as a National Monument in 1894; the work was carried out by the architect Manuel Aníbal Álvarez Amoroso, rebuilding some missing parts, with the intention of returning the temple to a state very similar to the original.

If you are on the Camino de Santiago and want to visit this Romanesque jewel, the church of San Martín de Frómista is located on the Hontanas - Frómista stage of the French Way.

The weather in Frómista 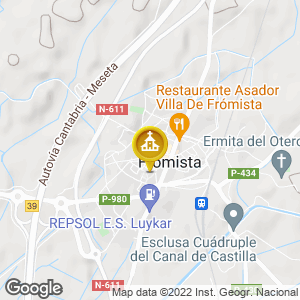