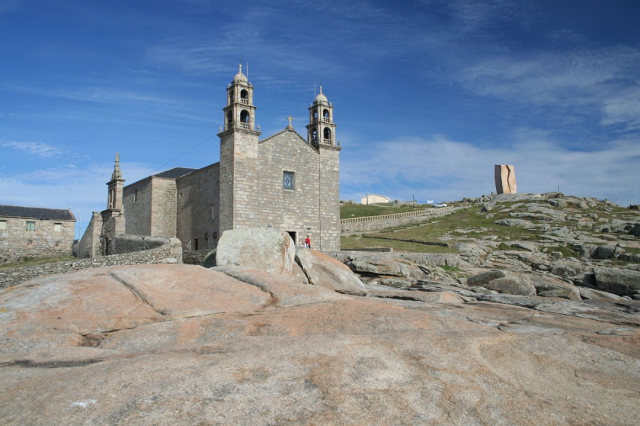 The Sanctuary of the Virgen de la Barca is located at the end of Camiño dos Faros. Pilgrims usually start this route after having visited the remains of the apostle. They go to Finisterra to contemplate the stones full of legend that this place possesses, where it is said that the Apostle Santiago appeared to the Virgin to encourage him in his mission to Christianize the lands of the peninsular northwest.

This Baroque style building with classicism influences was built to Christianize a place where pagan cults were held. The first hermitage was built in the 12th century, and since then it was rebuilt several times, until the current one was erected in 1719.

Sanctuary of the Virgen de la Barca: A place of magical-religious worship

The Sanctuary of the Virgen de la Barca has a Latin cross plan, and the austerity of its walls greatly contrasts with the ornamentation of its altarpieces. The main baroque altarpiece by the sculptor Miguel de Romay, created in 1717, stands out. In it, the twelve apostles that surround the dressing room where the Virgen de la Barca is are represented.

The cult of the stones that are found around the sanctuary is highly developed. According to legend, the Virgin arrived by boat and the various stones represent the moment. Pedra de Abalar symbolizes the sail, Pedra dos Cadrís, the ship and finally, Pedra do Timón, the rudder. Without a doubt, three stone remains of a boat that deserve to be visited. 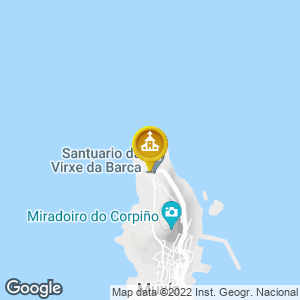