What to see in Navarrete 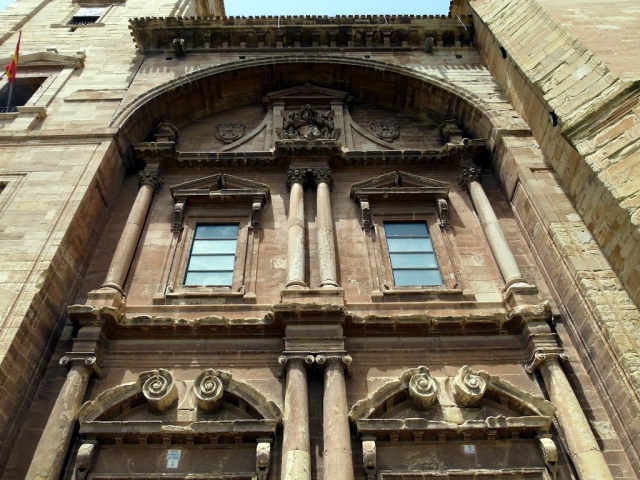 Less than a kilometre before reaching Navarrete the walkers will encounter the ruins of the old Hospital San Juan de Acre, founded around 1185 as an albergue and hospital for pilgrims. Archaeological excavations conducted in 1990 located the main walls of the old hospital, which had a large church in the form of a Latin cross and a round tower with spiral staircase. Its windows and main portal were preserved and were dismantled stone by stone in the late XIX century to be reused as a cemetery gate for the town (this can be seen at the exit of the urban centre).

Now in the first street of the enclave, the pilgrims will find a Cross, from which they can appreciate, from below a veranda, a beautiful Romanesque capital which represents the battle between the giant Ferragut and Roldán, the capital once belonged to one of the chapels which previously existed here (the legendary battle is recalled in the stage, Logroño to Nájera).   Once on the Calle real, this authentic Jacobean street has various services for walkers, who can observe masonry buildings from the XVII and XVIII centuries as well as different Jacobean symbols that adorn the windows, balconies and shields.

The parish church deserves great attention, built in the mid-XVI century it has been under the patronage of the Assumption of the Virgin. Its main altar, with golden spiral pillars is perhaps one of the best Baroque monuments in Rioja.   Other places to see in the town are its main granary store and the hill of Caño, with a pottery monument, an honour to the craftsmanship of the various workshops of the area.

At the exit of the centre the walkers pass in front of a cemetery and a chapel its Romanesque door is flanked by two windows of the same style, originally it belonged to the Hospital of San Juan of Acre. The stones were moved one by one, and rebuilt on this new location at the end of the XIX century. The scenes depicted on its capitals are striking depicting, winged mermaids, a tournament of knights and the fight between St. George and a dragon. One of them shows two seated figures.

One is raising a glass while the other is eating and holding a staff. Some identify this scene with the vital passage of pilgrims while for others the figure represent shepherds. Before continuing journey, many pilgrims stop to read a plaque attached to the building. It pays tribute to the hikers who died on their way to Santiago and, in particular, Alice de Crae, she died in 1986.

The weather in Navarrete 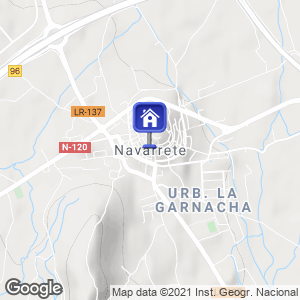