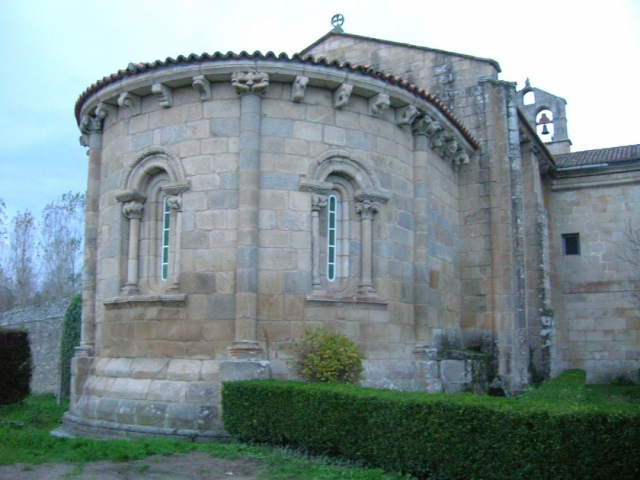 While doing the Winter Way, we can not only enjoy the most spectacular landscapes of the Ribeira Sacra and taste its famous wines, but we can also find many architectural gems such as the Monastery of Santa Maria de Ferreira, or as it is popularly known in the area: the monastery of the Bernardas Mothers. It is located in the municipality of Pantón (Lugo), just 15 km from the city of Monforte de Lemos.

This monastery has its origin in a Benedictine monastery (a place away from society where religious retreat), whose first documented references date from the year 924. The community grew over the years, but eventually fell into oblivion until 1175, when the Countess Fronilde Fernandez granted permission to the Cistercian order to settle there.

The monastery is considered an Asset of Cultural Interest.

It was built and renovated in various stages over several centuries, and therefore using the different architectural styles that predominated at each time, starting as a Romanesque church and passing through Gothic and Neoclassical stages. The monastery is a two-story building surrounded by a wall, and has a cloister of two bodies, with semicircular arches, which houses the tomb of Doña Fronilde and that of the Irmandiño leader Don Diego de Lemos.

The complex is still active today as a cloistered monastery and is curiously the only one in Galicia that has been reserved only for women throughout its history. The nuns themselves have established a schedule of visits every day (from 11:00 am to 1:00 pm and from 4:00 pm to 6:00 pm) and make sweets, which pilgrims can buy at the end of their visit and help the economic maintenance of the monastery. 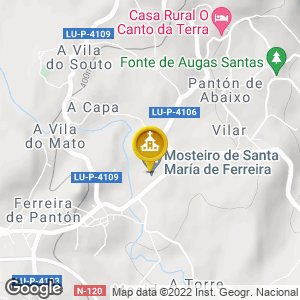