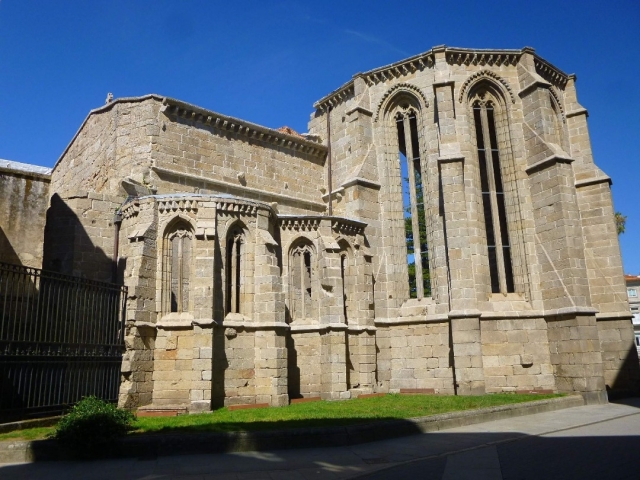 The remains of an old Gothic convent

The ruins of Santo Domingo, located in the city of Pontevedra, are the remains that are preserved from an old Gothic convent built by the Dominicans in the 13th century. It is part of the Pontevedra Provincial Museum with 5 other buildings, among which are the Castro Monteagudo building and the Fernández López building, and it was declared next to them, a Site of Cultural Interest in the year 1895. At present they are preserved this old building, the porticoed head of the church with five polygonal apses and a side wall in which a rosette is observed. In addition to these remains, pieces with more archaeological value are also preserved, however, these remains are preserved in the Pontevedra Museum to avoid deterioration in the open air.

Part of the Pontevedra Provincial Museum

The old convent that eventually deteriorated to what is known today as the ruins of Santo Domingo, was the work of the Dominicans upon arriving in Pontevedra at the end of the 13th century. This convent was founded in the Middle Ages near the city wall but finally moved to where the ruins are today. At the end of the 18th century it was decided to rebuild the old church for a new one of neoclassical style, but finally it was not carried out due to the confiscation of Mendizábal that resulted in the sale of the convent. This situation causes the convent to close and begin its state of deterioration.

Since 1938, the convent belongs to the Pontevedra Provincial Museum which installed in it, a permanent exhibition of graves of historical figures of this city. At present, the ruins of Santo Domingo can be visited in their opening months, which are usually from Easter to the month of October. 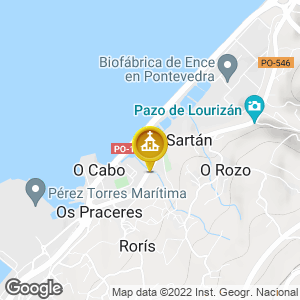