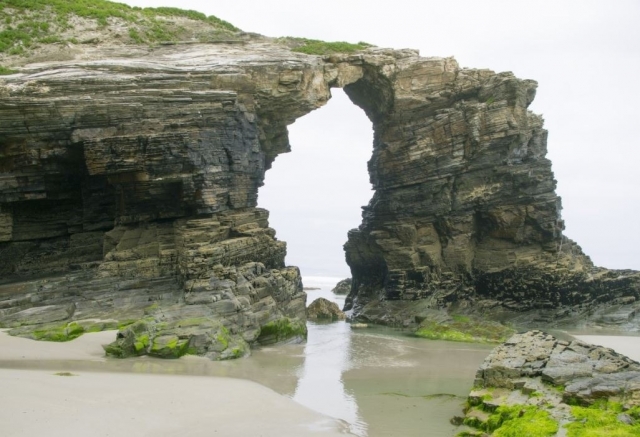 Beach of the Cathedrals: natural monument

In the province of Lugo, specifically in Ribadeo, is the Beach of the Cathedrals. Very international and loved by visitors, since in 2014 it was recognized by users of ''TripAdvisor'' as the 4th best beach in Europe. Declared a natural monument by the Ministry of Environment of the Xunta de Galicia, it has the renowned blue flag and the Q of tourist quality.

A cathedral sculpted by the sea

Every year it attracts a large number of tourists from different parts of the world. Its extension is very wide, reaching the low tide has a length of 1,328 meters, where you can enjoy a wide sandy area. It is no coincidence that it has been called the Beach of the Cathedrals, since it honors its morphology and remind the most splendid cathedrals made by the human being.
It is recognized for its rocky forms, which form arches and caves. These sets were made approximately 500 million years ago due to the force of the sea. They can reach 30 meters high making it possible to walk under them and listen to the waves with greater intensity.

It is also a very rich beach in terms of flora and fauna. As for wildlife, groups of seagulls, pirlos, egrets and hoopoes. On the rocks you can find barnacles, barnacles and mussels along with other plant species, such as sea fennel or sea parsley. 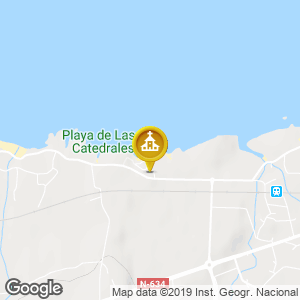