Sinuous, practically flat, from here the route continues passing through woods, on solitary paths that are only interrupted by brief invasions from the N-634 road, the stage from the beginning until reaching the capital of A Terra Cha alternates between earthy tracks and paths that are comfortable for pilgrims. There are enough facilities-mainly located at the edge of the national road. However, once Abadín has been abandoned, travellers will not come across another bar for seven kilometres, until reaching the urban centre.

The day begins in the urban centre of Abadín, where the majority of services can be found. The terrain is flat with just a slight slope. The route departs from the side of the post office, next to the car park of the town hall. After the church of Santa Maria of Abadín, the river is crossed via a wooden footbridge and San Pedro de Candia is reached (18 kilometres from Vilalba).

On continuing walkers pass through Castromaior, O Barral, Corbelle, Viladóniga, where walkers will find the café bar (bar Parra) and cross the ancient bridge of Martiñan. There is a sign for the restaurant Parrillada A Casilla, situated some 300 metres to the right of the pilgrim route, at the foot of the N-634. This is a good place for lunch or breakfast but it closes on Mondays. From here the route is plain until reaching Vilaba, almost 10 kilometres away. The parish of Goiriz is reached (6 kilometres to Vilalba) and the church of Goiriz. Nearby, the restaurant-Hostel Helvetia and the bar/Tabaco shop/grocery store Pernas can also be found.

The entry to Vilalba is through the industrial estate of Sete Pontes, where the modern pilgrim albergue can be found, next door to the fire station. If this is the chosen point to end the stage, walkers should bear in mind that the urban centre is situated almost one kilometre away and, consequently the distance that must be covered before finding the majority of services. However, there is a bar/restaurant next to the albergue (parrillada A Revolta), here they serve breakfast, lunch and dinner, in addition, there is a drinks vending machine at the door of the establishment.

The alternative route to the Camino is via the N-634, situated always close by to the itinerary. The width and good firm ground of this alternative route, with the exception of some small stretches with tractor ruts, makes it an easy and comfortable journey for cyclists. 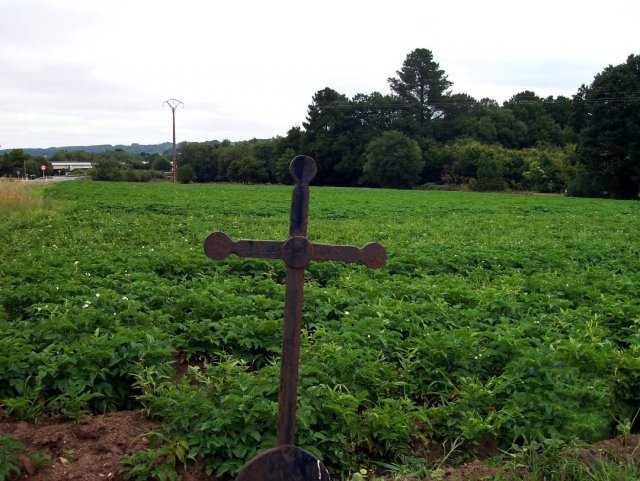 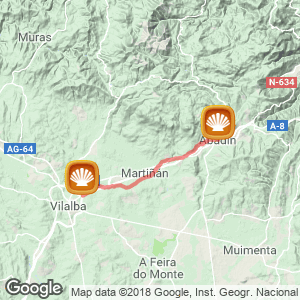