Vilalba is best described as an old town of gentlemen, situated, on land of countless springs and medicinal waters, at the crossroads of Caminos guarded by the tower of Andrade.

Origins of Vilalba, according to local research, dates back to the Stone Age, with references in documents from the VI century.

Although its population remains under 16,000 inhabitants it still serves as an administrative and social point in the heart of the province of Lugo, well nourished in services, it offers the most ample range of services between Ribadeo and Arzúa.

Distance from the Camino de Santiago from Vilalba

If you are traveling on the Camino de Santiago or are planning to do so soon, you should know that the distance separating Vilalba from Santiago de Compostela is 120 kilometers.

The weather in Vilalba 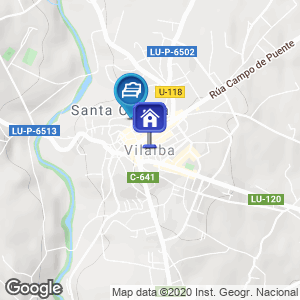