What to see in Verín 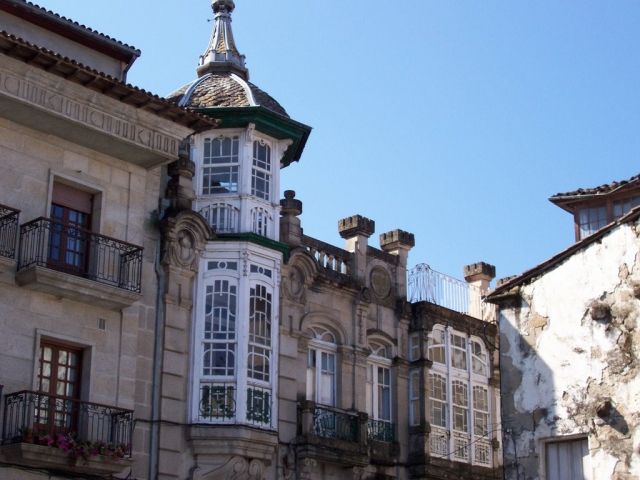 The neighbouring village of Monterrei with its castle is worth a visit. Also, in Verín the Casa de los Acevedo, the church of Santa Maria la Mayor, the church of La Merced and the convent of Mercedario. The neighbourhood of San Lázaro and the albergue (Casa do Escudo). The bridge over the river Támega and the fragments that remain from the ancient wall.

Mineral waters   The springs of Sousas   Cabreiroá, Sousas, Fontenova….are all names of well known springs that visitors are likely to have heard of. The ground beneath Verín holds treasured springs of fresh and healthy water, which, in some cases, such as those mentioned above, have been commercialised.

The sites of the springs and the bottling plants are open to visitors.

Verín is famed for its production of Monterrei wine, one of the five varieties of Galician wine. This variety of wine has been awarded and classified as a product worthy of Designation of Origin.

The essence of Galician carnival is brought to life in a special way in Verín and this town forms one of the three pillars of the famous magical triangle of Ourense (together with Xinzo and Laza). Eight days of fiesta, an event deserving of National Touristic Interest.

Local festivities and other celebrations

On the 17th of January they celebrate the festival of San Anton de Abedes. The other local festival coincides with Ash Wednesday (February), during the days of Carnival.

The weather in Verín 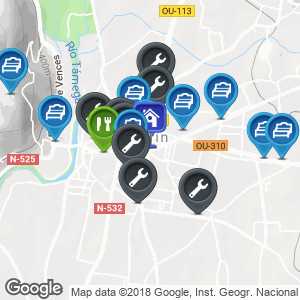