What to see in the Portuguese Way? Seven essential visits

The Portuguese Way is the route that grows the most in number of pilgrims year after year and it does not surprise us: there is much to discover and to enjoy 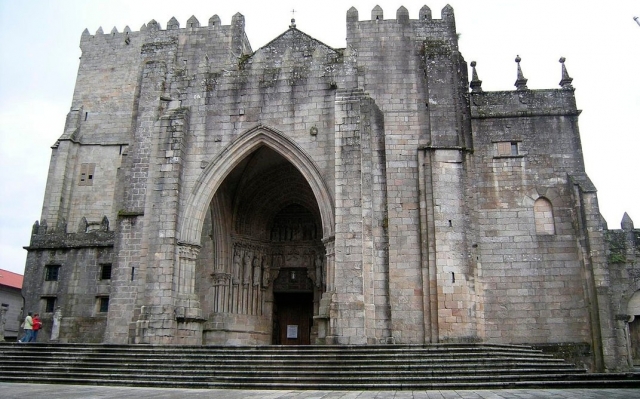 ? There is a lot to see in the Portuguese Way if you travel to Santiago

The Portuguese Way attracted 67,822 pilgrims during 2018, more than 20% of the total of all routes to Santiago and twice as many walkers as five years before, in 2013. Almost at a rate of 10,000 more pilgrims each year, the Portuguese Way it is in a moment of formidable form; It is much less crowded than the French Way, enjoys an enviable time in spring and summer and autumn and offers an interesting mix of cultural and natural heritage.

The route begins in Lisbon, crossing Portugal from south to north to enter Spain through Tui (Pontevedra) and from there 120 km to Santiago de Compostela. However, as you can imagine, each pilgrim chooses from where he starts, being Oporto and the town of Tui -and on the Spanish shore of the Miño- the most chosen points each season. So that you can enjoy everything that the Galician leg of the Portuguese Way has to offer, we bring you this list of some of the essential points of interest if you travel this route (although there is much more to see).

✔️ Visit the Fortress of Valença do Minho

If you start the Portuguese Way in Tui, before you start you can spend a day not only visiting the Pontevedra locality, but crossing the Miño by the Tui International Bridge to discover the Portuguese city of Valença do Minho. There one of its most touristic points of interest is the Plaza de Valença, built at the beginning of the 13th century and which today consists of 5 km of green enclosure with double walls (raised in the seventeenth and eighteenth centuries) and two towers.

In the highest part of Tui - beginning the Galician section of the Portuguese Way - you must visit the Cathedral of Santa María de Tui, built in the XII century, of Romanesque style with Gothic elements added later. It emphasizes the sculptural set of its facade, first of gothic style of the Peninsula, and its precious medieval cloister.

If between stage and stage you want to give yourself a good break and rest, you can take your tour of the Portuguese Way to escape to Mondariz, where is the most famous spa in Galicia (founded at the end of the 19th century). The town is 20 km from O Porriño and 18 from Redondela, but you can take buses (or if you prefer a taxi, since they are not quite frequent) from these two points on the Portuguese route to get around.

✔️ Discover the charm of Pontevedra

Pontevedra is one of the most beautiful places in Galicia and an opportunity for pilgrims who travel the Portuguese Way and find a city dedicated to the pedestrian, which is easy to walk. It emphasizes its famous historical helmet (declared Historical-Artistic Set), but also we are going to be able to visit medieval squares (place of the Herrería, square of Teucro ...), religious temples (Real Basilica of Santa Maria the Major, Sanctuary of the Apparitions ...), or amazing markets.

✔️ Knowing Caldas and its spas

Caldas de Reis, in the middle of the Portuguese Way (half way between Pontevedra and Santiago) is an interesting town with a long tradition of thermal waters since Roman times and which also has a natural, cultural and religious heritage that is very attractive for visitors. Besides being able to relax in its spas, Caldas is well worth a visit to discover its Romanesque architecture, stroll along the banks of the Umia River or discover the spectacular Segade waterfall.

Padrón, the last stop before heading to Santiago de Compostela, is not only worth it for its gastronomy (you may have heard about its famous peppers). The town of Padrón is intimately linked with Camilo José Cela and Rosalía de Castro, renowned and illustrious figures of Spanish literature who now have two museums houses in the town of A Coruña that is worth visiting. You can also visit the church of Santiago de Padrón, in whose main altar is kept the Roman altar where it is counted the boat of the apostle Santiago's disciples, when they arrived at the Peninsula carrying their remains.

Once you finish your Camino reaching the finish line in Santiago de Compostela, we recommend that you dedicate a couple of days to rest and enjoy the immense cultural and gastronomic offer of the city, always full of life, pilgrims and students. Be patient if you arrive to the city in July or August, due to the crowds; the popularity of the Camino de Santiago reaches levels never seen in recent years.