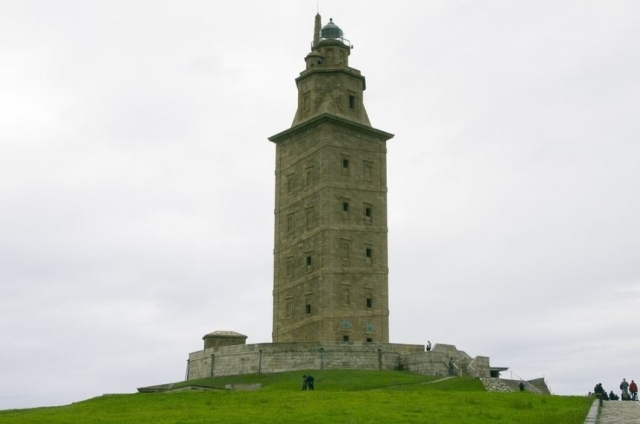 The Tower of Hercules, the oldest Roman lighthouse in the world

One of the most emblematic points of A Coruña and Galicia in general, is the Tower of Hercules. This Roman lighthouse was built at the end of the 1st century as a point of reference for anyone who ventured into the sea but was also used as a defensive castle against different threats during the 9th century. Currently, although the tower is known for its exterior cladding, built in the 18th century, the remains of the original tower can still be seen inside.

This monument, considered a World Heritage Site in 2009, is the source of many myths and legends. The most popular is the one that tells the story of the giant Gerión that forced his subjects to give him half of all his belongings. For that reason, Hercules confronts him and wins after a 3-day battle. After that, Hercules himself cuts off his head and orders to build on it a tower to commemorate his victory, giving rise to the famous Tower of Hercules.

A whole open-air museum around it

Although the Tower of Hercules is the protagonist for all those who approach Coruña, in its surroundings we can find a great variety of outdoor works, belonging to the Sculptural Park of the Tower of Hercules. This park, formed by 18 works created by artists from different parts of Galicia, is distributed mostly by the space surrounding the Tower, creating a unique atmosphere and reinforcing the history of the Tower itself.

Although there are many works of the Sculptural Park, the best known by everyone who visits the tower, are the figure of the Celtic warrior Breogán, located just at the beginning of the access ramp to the Tower of Hercules, and the Wind Rose, whose 25 meters of diameters can be observed perfectly from the top of the Tower. 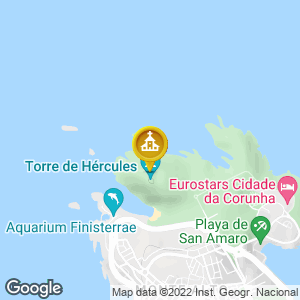