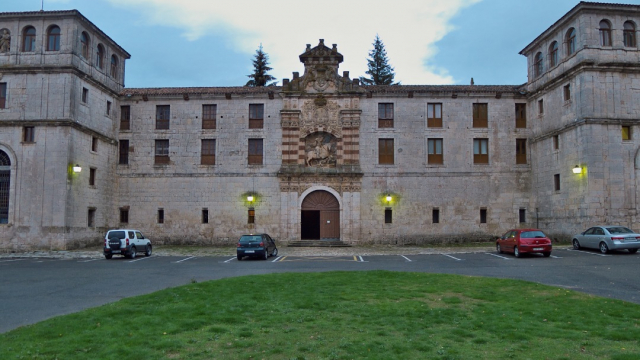 The monastery of San Pedro de Cardeña is one of the must-see places if you are in Burgos. Located 10 kilometers from the city center, it is hidden in the middle of a valley surrounded by nature that inspires peace and tranquility. It is one of the most representative architectural works of Burgos, along with others as important as the Cathedral of Burgos and the Monastery of Las Huelgas Reales.

The monastery has undergone numerous restorations over the years, so that today it is a mixture of various architectural styles: the main facade and the Cid Chapel are Baroque, while the church is of Gothic origin.

The Cloister of the Martyrs is one of the few Romanesque elements of the monastery that is still preserved today. In it, you can see 14 semicircular arches resting on columns decorated with Corinthian capitals where the alternation of red and white colors stands out.

The history of the Monastery of San Pedro de Cardeña

The first documents about this building date back to 902, but the most important event took place in 934, when the Arab troops of Abderramán III destroyed the monastery and killed the 200 monks who were inside. For this reason, in 1603 the canonization of those known as the Martyrs of Cardeña took place.

Since then, the monastery of San Pedro de Cardeña has had multiple uses, including a concentration camp for prisoners during the Civil War. However, the figure of the Cid Campeador is responsible for the fame of this monastery, since, according to legend, it was where he took refuge for years with his wife and daughters after being banished.

Thousands of tourists visit the monastery of San Pedro de Cardeña every year. Among them are the pilgrims who walk the Camino de Santiago, since Burgos is one of the cities through which the French Way passes and from where many travelers decide to start their route to the Galician capital. 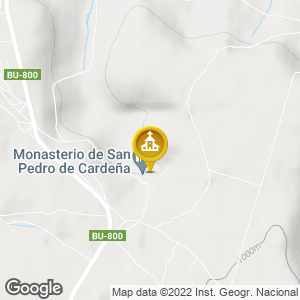