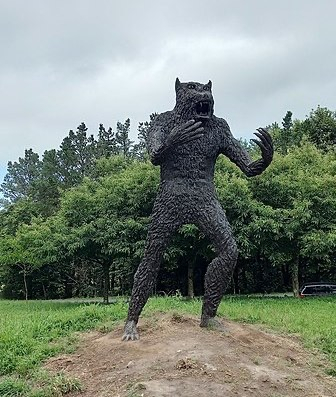 The Camino de Santiago is full of stories and legends that have been told generation after generation over hundreds of years. One of them is related to a mythological figure known as Vákner, who is given the appearance of a werewolf that terrorised pilgrims. Now, more than 500 years after the first text that records his existence, a sculpture has been installed in his honour in the municipality of Dumbría.

A legend turned into a sculpture

The first person to record the existence of this being in writing was an Armenian pilgrim to whom he appeared during his journey from Santiago de Compostela to Finisterre, at the end of the 15th century. But according to legend, the local inhabitants were already shaken by the presence of this figure, who had been able to prevent groups of 20 people from passing through.

After numerous studies, it has been concluded that the figure described by the pilgrim is close to that of a werewolf. Thus, this year, as part of the Territorio Vákner project, which seeks to increase tourism on the Camino to Finisterre and Muxía, a statue has been built in honour of this legendary beast.

It is a bronze sculpture created by the sculptor Cándido Pazos, which measures almost five metres, and is located in the municipality of Dumbría, near the forest. It is, no more and no less, the first sculpture dedicated to a werewolf in Spain.

If you follow this itinerary, don't hesitate to visit it, and keep your fingers crossed that the legend doesn't come true. 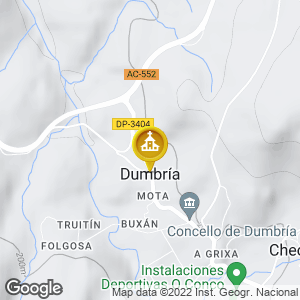