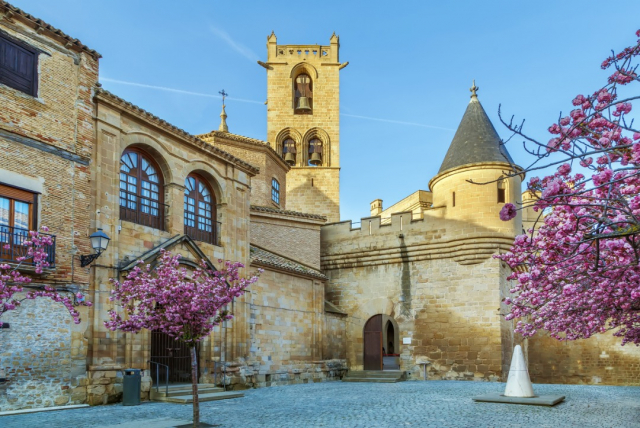 Following the French Way, you will reach the city of Estella-Lizarra. In this monumental city is the Palace of the Kings of Navarra, one of the architectural jewels of the municipality and an example of civil Romanesque.

The palace, declared a National Monument in 1931, was built in the last third of the 12th century. It is located on Calle de San Nicolás and faces the church of San Pedro de la Rúa. Once the restoration that was carried out in 1975 was completed, the palace housed the Gustavo de Maeztu Museum.

Palace of the Kings of Navarra: An architectural gem of Estella

The museum has a large number of paintings, watercolors, drawings and much more, which were bequeathed to the city by the painter Gustavo de Maeztu. His plastic and graphic work revolves around the female figure, portraits, still lifes and landscapes.

What stands out most of the Palace of the Kings of Navarra is undoubtedly its beautiful façade articulated in three sections and two towers. On the lower floor, it has a gallery of four sturdy semicircular arches. On the upper floor, its large windows stand out, divided into four arches that are supported by thin columns with capitals. Finally, crowning the upper part, is an attic of ashlar masonry protected by two towers. 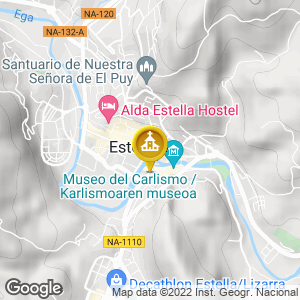