Although there are many emblematic places to be found in Galicia, the Finisterre lighthouse is one of the best known. Located in the municipality of the same name, in the province of A Coruña, it is a lighthouse that has been visited by thousands of people since its construction in 1853, as it is located at Cape Finisterre, known worldwide for being the "end of the world".

Closely linked to the Camino de Santiago and its pilgrims, this lighthouse is located on the furthest point of Cape Finisterre. In Roman times this place was known as the end of the world, in Latin finis terrae, a denomination from which the name of its locality was born. It was thanks to this that this place is known all over the world, a popularity that is also transferred to the Finisterre Lighthouse.

A lighthouse at the end of the world

While its privileged location is one of its most striking features, its 17-metre height is another feature that surprises tourists the most. If we count from its highest point, it is located 143 metres above sea level, reaching 23 nautical miles with its powerful light. In 1888 a mermaid was added to it, currently known as the "cow of Fisterra" due to the great shipwreck that took place there in 1870 and which claimed the lives of 482 people.

In addition to the legends and its connection with Roman times, this building located on the Costa da Morte is closely linked to the Way of St. James. The Way of Saint James to Finisterre and Muxía begins in Santiago, the only route that starts in the Galician capital.

The weather in Finisterre 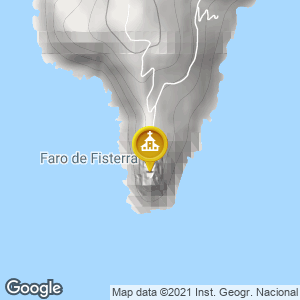