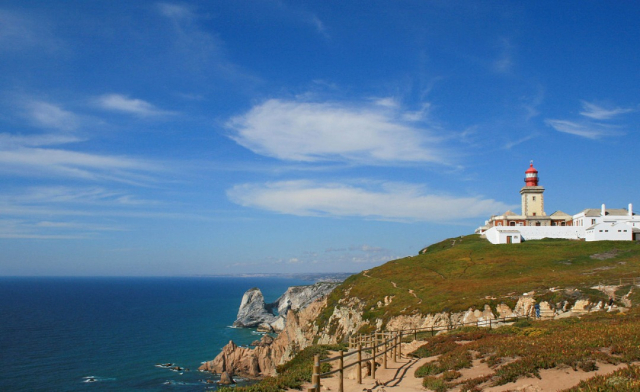 If Cape Touriñán is the westernmost point of Galicia, Cape de la Roca has the merit of being the westernmost point of the entire Iberian Peninsula and even of the whole of continental Europe. Located in the city of Lisbon, within Portugal, it is an open area from where you can enjoy one of the best views of the Atlantic Ocean from the west coast of the peninsula.
Known by the Romans as Promontorium magnum, it is visited by thousands of tourists who want to know what it feels like in the westernmost place of continental Europe. Any day of the year we can find people in this area, either to take pictures or just to contemplate the place. Some people even take the opportunity to enjoy this area before heading to the Cathedral of Santiago through the Portuguese Way.
Although years ago it began to be known as "Roca de Lisboa" (Lisbon Rock), nowadays the name is derived to "Cabo de la Roca" (Cape of the Rock). This area is also popularly known as the nose of Europe as it has a similar shape to this part of the body, something that we can easily identify if we look at a map.
In addition to the spectacular panoramic view that we can enjoy in the cape of the Rock, in the same place is its monument. It has a cross on the top and a plaque that indicates the latitude, longitude and altitude of the westernmost point of continental Europe.
Photos & videos
Activity 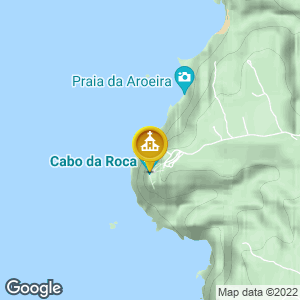