What to see in Ourense

Ourense has achieved a balance between ancient stone and the most modern installations. Ponte Vella (the old bridge, also referred to as the Roman bridge) and, the modern bridge of Ponte do Milenio (millennium bridge) are both situated over the river Miño. The thermal water springs of Ourense Closely associated with water since its foundation, Ourense boast to be the thermal capital of Galicia.

The city of Burgas (The name of its geothermal springs). For centuries the medicinal springs of the city have been famed for having thermal properties and its fountains for their crystal clear water. As Burgas-situated in the historic centre-, A Chavasqueira and Outariz- on the banks of the river Miño- are the main areas of thermal springs in Ourense, areas that open to the public, free of charge and outdoors where visitors can relax in the heat of its medicinal waters.

Thermal pool of As Burgas. 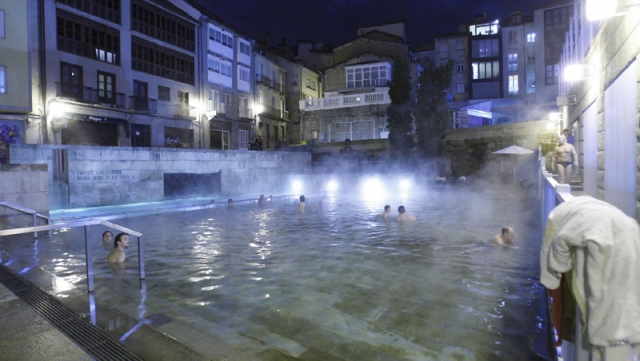 Heritage The cathedral of Ourense in the Praza Maior. Other places of interest include: The Alameda, the churches of Trinidad, Santo Domingo and of Franciscanos; Plaza de los Santos Cosme and Damián; Plaza do Ferro and the archaeological site of Santomé.  The fiestas Ourense comes alive during the fiestas of Carnival, known as Entroido. However, the most important celebrations of the capital of the Province take place during the last week of June.

The weather in Ourense 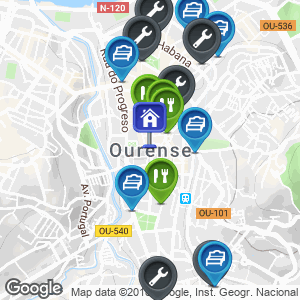