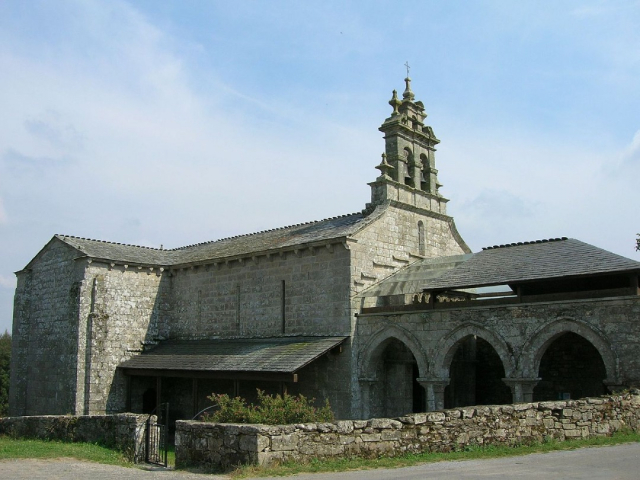 Palas de Rei is one of the towns most closely linked to the Camino de Santiago, specifically the French Way, so much so that it is mentioned in the Codex Calixtinus. Here pilgrims can enjoy a multitude of architectural gems that are very worthwhile, such as the Castle of Pambre or the Church of San Salvador de Vilar de Donas.

The latter is a Romanesque temple that was built in the 12th century by the Arias de Monterroso family and the name Vilar de Donas is attributed to the legend that it was the women of the family who built it, who are represented in the main nave.

The complex was donated years later to the Order of Santiago, who turned it into one of their main centers of operation during the Middle Ages. Today we can still find the tombs of some of the knights of this order inside.

The building has a Latin cross floor plan with a single nave and three apses at the chevet, which is very unusual in Galician Romanesque architecture. The west façade is decorated with geometric motifs and different types of plants.

Inside, the Gothic paintings of the main altar stand out, in which the archangel Saint Gabriel and the Virgin Mary can be seen. There are also frescoes in the vault depicting Jesus with King John II of Castile and his son, the future Henry IV. The church also has a museum of Gothic altarpieces and sculptures.

The weather in Palas de Rei 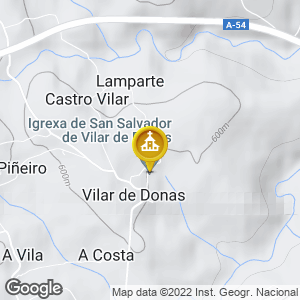