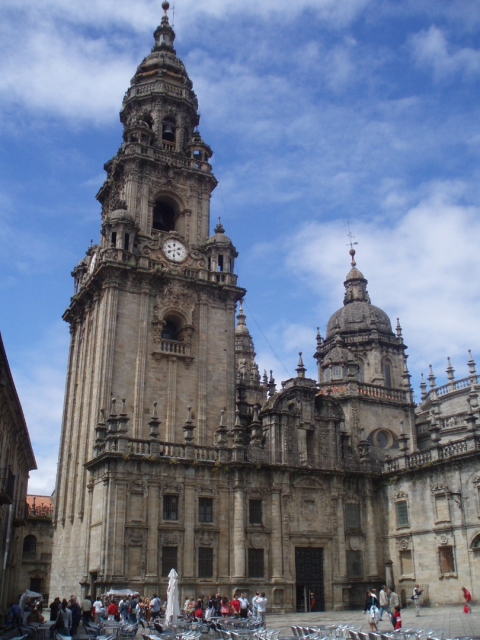 The Cathedral of Santiago de Compostela is the most representative monument of the Camino de Santiago and one of the most important in Galicia. All pilgrims are amazed by the imposing facade of the Obradoiro when they reach their final destination, but the Cathedral has many other incredible places that no pilgrim should miss.

The Clock Tower, also known by many as "La Berenguela", is a building located in the Plaza de Platerías. It was erected in the Middle Ages as part of the defensive system of the Cathedral. It was reformed on several occasions throughout history and its current Baroque-style appearance dates from the 17th century, being the work of the architect Domingo Antonio de Andrade.

It was built on the site of a medieval tower

This square medieval tower was used as the basis for the project of the current tower, being the first body of construction. The second octagonal body is the creation of Andrade, who decorated it with fruit motifs and military trophies. It is crowned by a dome in which we can find a lantern that marks the hours, as well as some of the most important days of the Holy Years.

The marble clock was built in the 19th century by the architect Andrés Antelo. It has a single hand and needs to be wound up by a watchmaker every day in order to work properly. 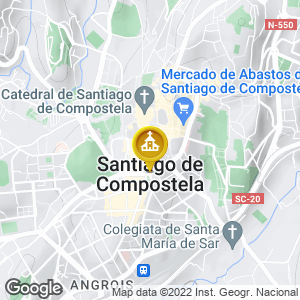