Stages of the Portuguese Coastal Route with Map: How to follow it?

We tell you everything you need to know about the Portuguese Way along the coast and all its stages. 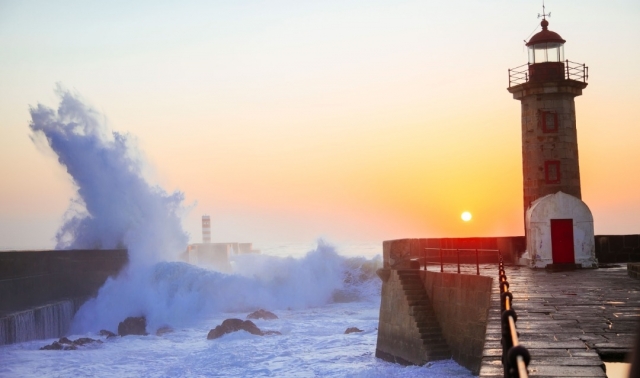 Although the Portuguese route is one of the most popular, not everyone knows a variable of the Portuguese Way, the Portuguese Way along the coast. This variable allows us to know the coast of Galicia from the north of Portugal to Pontevedra, a city where the route becomes completely inland.
Even though this variable of the Way of St. James along the coast is longer than the general route, more and more people prefer to walk it. In any case we can fully enjoy a unique experience, however, by the coastal route you will be able to witness one of the most unmistakable characteristics of the Galician landscape.
This route is a variable of the Portuguese Way, and goes from the city of Oportoto the Galician town of Redondela. It is an increasingly popular route as it is only 150 kilometres long, so it does not take a long time to complete and it is long enough to obtain the Compostela. Once it reaches Redondela it merges again with the normal Portuguese route, making the last stages of this route much more crowded.
This Jacobean route is a curious alternative that allows pilgrims to discover the Rías Baixas without leaving aside the essence of the Camino de Santiago. It was recognized in 2009 as an official pilgrimage route by the Xunta de Galicia and is also known as Camino Monacal due to the large number of monasteries that were on the route.

When is the best time to do the Portuguese Way along the coast?

The Portuguese Way along the coast can be a good alternative for pilgrims who walk the Portuguese Way from Lisbon or Coimbra in high season and want to leave aside for a good stretch the crowds of walkers on the main road. For 150 minutes they can enjoy coastal landscapes and terrain practically without elevations, without so many crowds of pilgrims, although the variant is becoming increasingly popular.
Although more and more pilgrims are choosing it, these vary according to the season of the year. As in the case of other Jacobean routes, the Portuguese route is best done during the spring as it is when there is better weather and less rainfall. It should also be taken into account that this is the time when nature is at its best, so we can enjoy the Galician fauna as never before.

Although officially the Portuguese Way of the coast is the only one that touches the coast of Galicia up to the Cathedral of Santiago, there are many more complementary routes that exist and that allow us to enjoy Galicia much more thoroughly. On the one hand there is the Way of the Lighthouses, which goes from Malpica to Finisterre, as well as the Way of St. James to Finisterre and Muxía, while on the other hand there is the Camiño do Mar, the only one that allows you to enjoy the north coast of Galicia.
Another possibility to enjoy much more of the Atlantic coast is to do the Way of St. James from Lisbon. From this city you can start enjoying the Portuguese coast and then finish the journey discovering the south coast of the Galician community.

Portuguese Way along the Coast: Stages from Porto

The route of the Portuguese Way along the coast runs from the city of Porto (Portugal) to the town of Redondela (Pontevedra) for 150 km. From that point onwards, the pilgrim must join the last stretch of the Portuguese Way (84 km) to reach Santiago de Compostela. In total, the journey between Porto and the holy city is 13 days and 280 km.

Portuguese Way from Oporto along the coast

From this stage onwards, the Portuguese coastal route merges with the inland route, thus coinciding in the last 3 stages.
Activity