What castros to see on the Camino de Santiago?

Many archaeological sites are located on the Camino de Santiago. These deposits called castros, are located in strategic areas, Galicia being the community where they are most abundant.

The castros are archaeological sites of what were once populated in which the inhabitants of the area lived. Many of them are located in high areas strategically in order to control enemies and their possible attacks.

Galicia is one of the communities where more castros can be observed and visited. These castros are located at different points throughout the Galician territory and it is not surprising that any of them fit the route of some of the routes of the Camino de Santiago.

Castros that can be visited on the Camino de Santiago 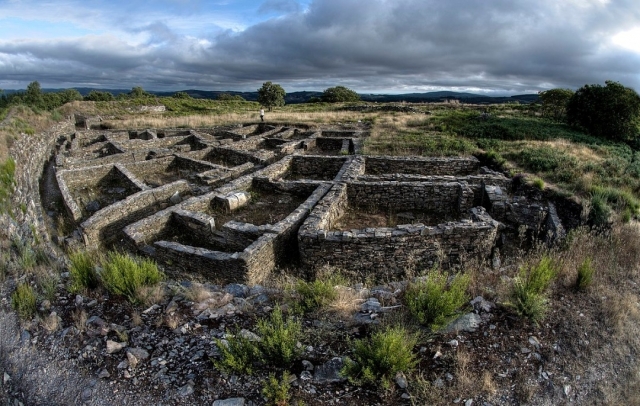 Almost without deviating from the route that takes us to Santiago along the French Way, we can find the Castromaior fort in the town of Portomarín. This castro is one of the most popular archaeological sites of the Iron Age of the entire northwest of the Iberian Peninsula. Experts stipulate that it was inhabited since the fourth century B.C. until the 1st century A.D.

The extension of this castro covers about 5 hectares distributed in 6 walled enclosures. Thanks to different excavations, it was possible to find out that at first the houses had been built with wood but that because of a fire they ended up destroyed and subsequently rebuilt with stone and different materials with great resistance. 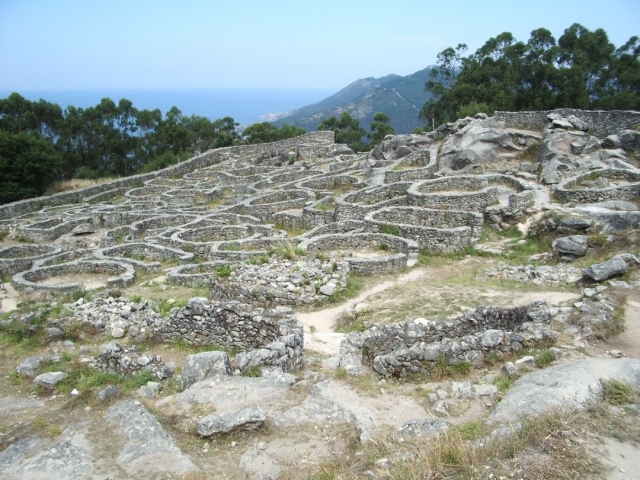 At 341 meters high, in the town of A Guarda, we find the castro de Santa Trega, also known as castro de Santa Tecla. According to experts in this castro, up to 5,000 people lived in the first century B.C. so it is not uncommon to discover that it is one of the largest in the northwest of the Iberian Peninsula. In this site, in addition to finding remains of the old castros, we can see petroglyphs both inside and outside the enclosure.

From there, in addition to contemplating the castro, you can also observe the natural border that creates the mouth of the Miño River and separates the countries of Spain and Portugal. These wonderful views, had nothing to do with the location of the castro de Santa Trega since its inhabitants chose this place because at that point they could better control the possible enemy attacks.

Route: Portuguese Way through A Guardia 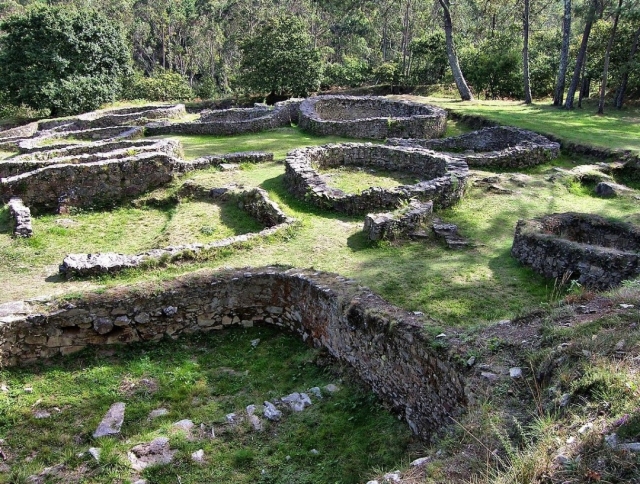 A route that completes the Camino de Santiago and is not well known among pilgrims is the Camiño dos faros. When making this route you can enjoy more coastal landscapes in addition to knowing the Borneiro castro. This archaeological site is located in Cabana de Bergantiños, in the province of A Coruña. After its discovery in 1924, excavations began to reveal more remains that could remain of it, however due to the Franco dictatorship, it was necessary to stop until the 80s.

The castro de Borneiro was inhabited between the fourth and first centuries B.C. and in it, no sign of romanization has been found. It is located 200 meters from sea level and from there you can see the estuaries of Corme and Laxe, in addition to the mouth of the Anllóns river.