What is the highest point on the Camino de Santiago?

In addition to being an excellent viewpoint, this place is loaded with a special symbolism for all the pilgrims who pass through there 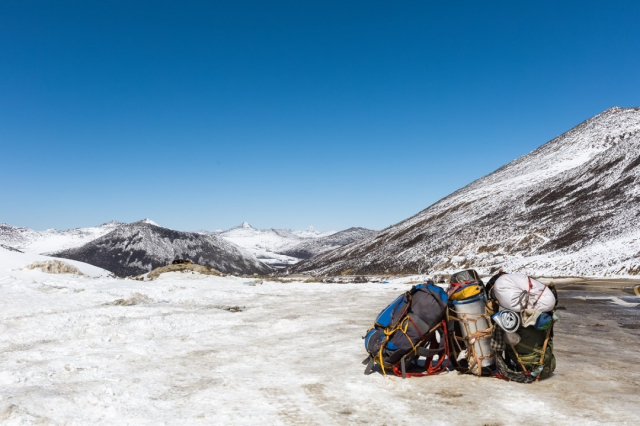 The Camino de Santiago is full of places with a special symbolism for pilgrims. Places like the Cathedral of Santiago itself or the Finisterre Lighthouse are in everyone's mind, but there are other places just as special for pilgrims, that many people do not know firsthand. This is the case of the Cruz de Ferro or Cruz de Fierro, the highest point of the entire French Way.

The Cross of Fierro: the highest point on the Camino de Santiago

This is a monument that may seem unimportant at first glance, but the history behind it is full of traditions dating back to Roman times. It consists of a huge mound of stones, crowned by a huge mast with an iron cross.

La Cruz de Ferro is located in the mountain pass of Foncebadón (León), at an altitude of 1,500 m, which makes it a tough stage on the Camino de Santiago. However, many pilgrims agree that despite this, it is one of the most rewarding of the French route, since in this place one of the most demanding stages is left behind.

History of the Cruz de Fierro

The origin of this place is partly unknown, but it is thought to be a monument in honour of Mercury, the Roman god of frontiers and roads. The Romans had a tradition of erecting mounds like this one on the borders between two territories, as they believed that the spirits of the dead rested at the crossroads. The stones themselves would be the offerings left by travellers.

This place was Christianised in the 11th century by Gaucelmo, a hospitable monk who also built the pilgrims' hospital at Foncebadón. He placed the mast with the cross, which also served as a reference point for travellers passing through this place, especially in winter. 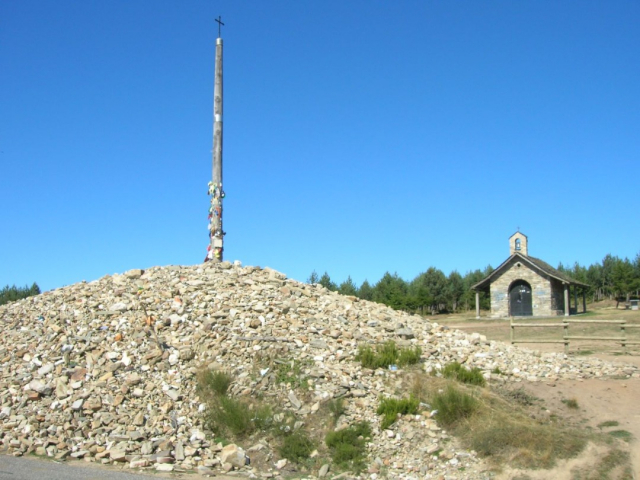 The tradition of throwing stones

Although more than 2,000 years have passed since the stones were first thrown at this mound, this tradition is still present for modern pilgrims. Adding a stone to this pile symbolizes leaving behind a burden, both physical and mental, and thus being able to continue to Santiago without it.

In addition to this, something that all pilgrims who pass through here are the friendships they make during these stages, which help and motivate them to keep going.