Who was Beato de Liébana? Characters of the Camino de Santiago

We tell you who was this religious writer of the eighth century, who greatly exalted the figure of the Apostle Santiago 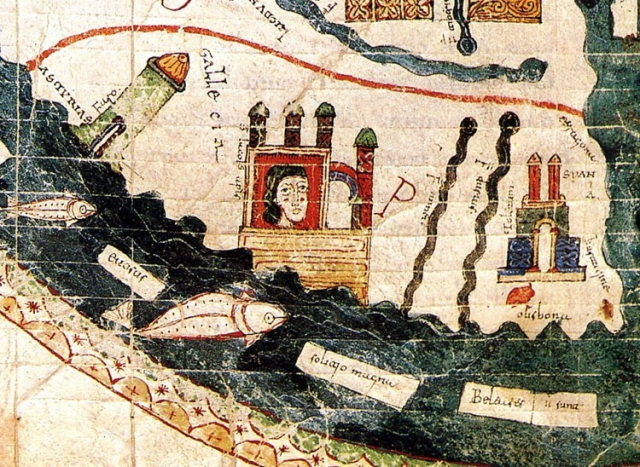 At ViveCamino we want to get as close as possible to the Jacobean culture, to learn more about the art and tradition of Santiago. On other occasions we have told you about the most famous pilgrims on the Camino de Santiago, and about other relevant figures in the history of the Camino, such as Teodomiro de Iria Flavia, Santiago el Mayor or Aymeric Picaud.

The history of the Camino de Santiago could not be understood today without knowing the great variety of historical figures who have traveled it, and have helped in different ways to its dissemination and popularization. Making the Camino Lebaniego, you can visit the Monastery of Santo Toribio, where the works of Blessed Liébana are housed.

Beato de Liébana was a very popular monk of the current Monastery of Santo Toribio de Liébana, in Cantabria. Beato is currently considered a key figure on the Camino de Santiago. We tell you why!

Key figure in the exaltation of the Apostle Santiago

Blessed was an important figure of the 8th century born in Asturias, who worked as a writer and a monk. He is remembered for having defended the dispersion of the apostles to spread Christianity, and for being the creator of the cult of the figure of the Apostle Santiago, as can be read in his poem "O dei Verbum".

Four decades later, Teodomiro, bishop of Iria Flavia, discovered the tomb of the Apostle Santiago, and Alfonso II made the pilgrimage from Oviedo to see the tomb of the Apostle. During this time, Beato de Liébana maintained a friendship with Alcuino de York, the abbot of Tours, who was the adviser to Charlemagne, so his teachings spread throughout Europe.

Back then, many heresies were circulating, making Beato a staunch defender of Catholicism. He paid special attention to the argued and firm defense that the Apostle Santiago was the true preacher of Christianity in the Iberian Peninsula.

Of his work as a writer and religious, the "Comments on the Apocalypse" and the "Hymn" stand out. Two works that were published four decades before the discovery of the tomb of the Apostle Santiago, in the year 813. These works were of great help in clarifying the theme of the Apocalypse in the Christian sphere, at the same time that it confirmed Santiago as pattern of Spain.

In the Middle Ages, his work "Comments to the Apocalypse" was well known. In it you could understand the Apocalypse and read the comments of Blessed about the Christian faith. Along with his work as a religious and writer, he was a political character who set a course back then, in a panorama marked by the reconquest and unification. Many scholars consider him a key figure as an ideologist of the Reconquest of Spain.

In fact, the importance of his figure can be intuited by the designation as blessed, due to the handwritten copy of his "Comments to the Apocalypse", originally written in the Monastery of Santo Toribio de Liébana.

Beato de Liébana considered himself the heir of the word of the Apostle Santiago, and also, the maximum defender that Santiago was the indisputable evangelize of Spain. His preaching and defense work led to the conception of a union around Santiago as the patron saint of Spain, against the reconquest of the Muslims. In fact, the battle troops went to combat mentioning "For Santiago and for Spain".