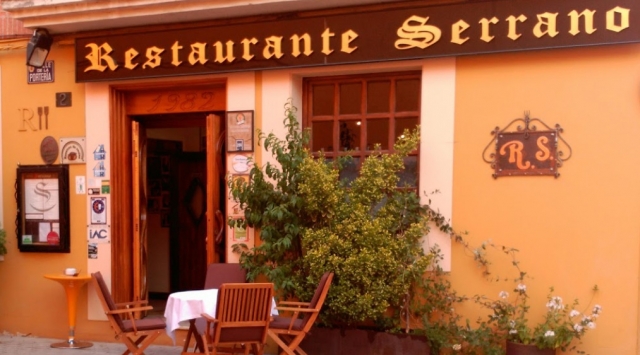 The Jacobean influence on the enclave and the large number of pilgrims in recent years has encouraged a number of bars to open early to offer breakfast. The majority of them are located in the historic area of the city and at the outskirts of the enclave, close to the junction with the N-VI. In the historical area the Hotel Gaudi, located opposite Gaudi Palace and many others close by open from 0700 hours. In the same way, the Cafe Pasaje in the plaza de España also opens at dawn. At the exit of the city the cafes Florida and Madrid are located. The strategic location of Astorga and the large number of bus services means that the cafeteria of the bus station opens all night. For those with a sweet tooth, and thus seeking a taste of the local chocolate, a specialty of the enclave, one recommended establishment to indulge in a rich hot chocolate for breakfast is Chocolatería Sonrisas, situated on Calle Pio Gullón.

Those culinary pilgrims should not leave without trying the specialty dish of the area, the Cocido maragato. Do however, bear in mind that this rich and robust dish is best eaten at the end of the days walk.   This dish comprises of nine different meats, chickpeas, vegetables, soup and dessert, traditionally cold vanilla custard with a sponge cake or cupcakes. The main curiosity surrounding the dish is the order by which it is eaten. First of all the meat, followed by the chickpeas and later the vegetables, and, finally the soup and dessert are consumed.

Legend claims that this order came about in the days of the Revolutionary War, when the soldiers, rushed by the impending confrontation first chose to eat the food of highest nutritional value, hence the meat. Other studies suggest that its origin derives from the transport workers, predominantly mule drivers whom, while transporting various products through the city stopped to eat, taking first the meat, then the chickpeas and vegetables and, later, on reaching their resting place, they heated the soup and at the same time their bodies.   This famed stew can be enjoyed in almost all of the restaurants in Astorga. There are some restaurants that even cater exclusively for this dish. The majority offer a good, well thought out pilgrim menu and at a good price.

Mantecadas (small sponge cakes) are another of the most famous local delicacies, although the town is also famous for its homemade pastries. In addition, the area has an abundance of fish, which is not very surprising given that Astorga was a stopping place for merchants transporting fish from the ports of Galicia to Madrid. Other gastronomic specialties include Garlic Eels, cured beef and a variety of meat from the mountains of Teleno.