Burning the boots at the end of the Camino: Why avoid this ritual? 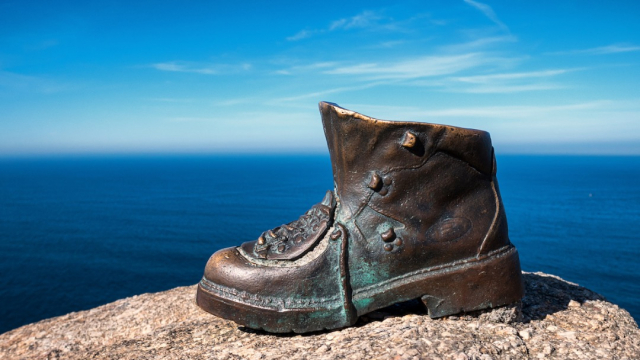 Burning belongings as a symbol of spiritual renewal

Thousands of years of tradition has the Camino de Santiago and thousands are also the pilgrims who each year move to the cape of Finisterre to put an end to their adventure from this place, formerly known as the end of the Earth.

Upon arrival, many of them carry out what they consider a tradition, consisting of burning some of the clothes with which they made the Camino, even the boots, as a symbol of leaving behind the old and give way to the new.

And although during the Camino de Santiago there are customs and traditions that can be carried out without negatively influencing the environment, such as drinking wine from the Irache fountain in a scallop shell, this is not one of them.

Why shouldnt you burn your belongings?

The Camino de Santiago is an experience that leaves its mark on every pilgrim and that carries with it a series of good values that we should all share in order to make this journey unforgettable. Among them, respect and empathy stand out, both with other pilgrims and with the environment around us, and therefore there are practices that should be left aside.

One of them is to burn our belongings when arriving at the cape of Fisterra, since this involves a series of problems that affect both the environment and the image of the Camino itself.

On the one hand, this "false tradition" is influencing the aesthetics of the place. And is that the different bonfires are filling with small black mountains both the rocks and the surroundings of the lighthouse, which causes it to look like a neglected place and its true beauty is in the background.

On the other hand, it must be taken into account that the burning of certain items releases toxic elements. In this way, the materials that are not finished burning are leaving multiple residues in the place, and due to the strong wind, many of them end up in the sea, which means a great pollution.

But this is not all, since we are facing a situation that can also lead to a safety problem. In recent years there have been fires caused by large bonfires, with the danger that this entails. 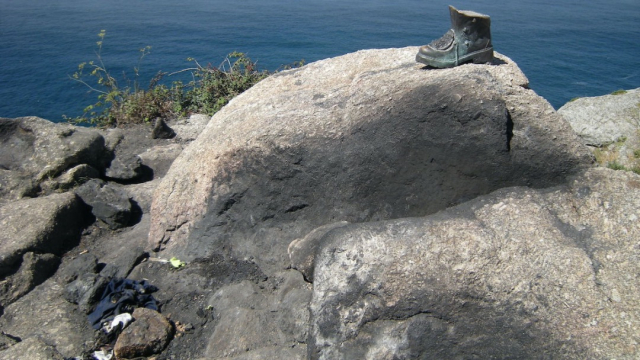 The city council is taking measures to curb this practice

In response to the increase of bonfires and the accumulation of household goods around the lighthouse, the city council of Fisterra in collaboration with the Association of Footwear and Related Manufacturers of Zaragoza, have launched a measure to curb this situation that is destroying the landscape.

It is the installation of a container in the area so that all those pilgrims who wish to dispose of their belongings can do so in a sustainable way, since the material will be crushed for recycling. This may not end the problem at its root, but it is clearly a good way to raise awareness among pilgrims who ignore the signs.

So remember, if you extend your way to Fisterra, do not burn your boots or your belongings, and you will be contributing to eradicate this bad practice while performing the last good deed of this adventure.