We tell you the history and the different routes of the Camí de Sant Jaume, also known as the Catalan Way 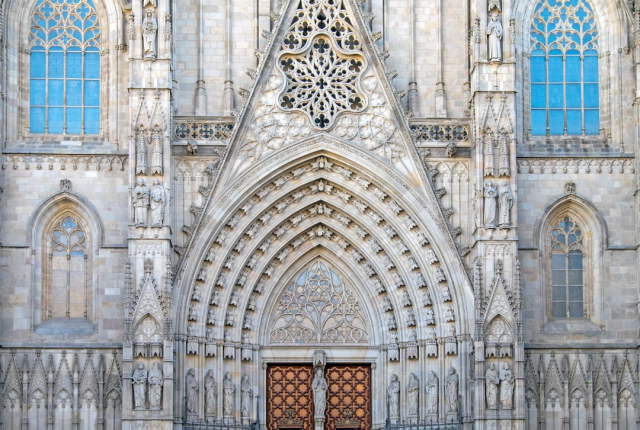 Although officially the Camino de Santiago in Spain has many variants within the northern peninsular as the Camino Francés from Roncesvalles, the truth is that there are other previous routes that have also managed to have a certain impact and previous history. One of them is the Aragonese route, however today we will focus on others, on the route known as Camí de Sant Jaume, also called el Camino Catalán.

What is the Camí de Sant Jaume?

The Camí de Sant Jaume is a Jacobean route that was born as an alternative for pilgrims crossing the easternmost part of the Pyrenees. This means that it was born as an alternative for those who reached the Iberian Peninsula through towns such as La Junquera, as well as for those who arrived in coastal towns and wanted to continue their way to the Cathedral of Santiago.

Although we cannot give an exact date as to when the Camí de Sant Jaume or Catalan Way of St. James began, there is evidence and information about this Jacobean route from the X. However, it was not until the XX that different associations worked to mark its stages and publicise its history in order to give official visibility to this route.
As for the beginning, it seems to be proven that most pilgrims who chose this way to enter Spain since the Edad Media met at the Monastery of Santa Maria de Montserrat, from where they departed to some of the official routes of the Way of St. James. Nowadays we can also consider this Benedictine abbey as the starting point of the Camí de Sant Jaume, in the Bages region, some 50 km from Barcelona.

As we have said, the starting point is the Monastery of Santa María de Montserrat, but where does it continue? Currently there are two recognized variants, which link with other Paths and both will give the most traditional French Way. There are three common stages in both variants: Montserrat - Igualada, Igualada - La Panadella and La Panadella - Tárrega. It is in this municipality where the Catalan Way is divided: one branch deviates towards Lleida and the other deviates towards Balaguer. The first three stages are 77 kilometers.

The Camino de Santiago Catalán through Lleida is called Camí de Sant Jaume, the most common and traditional. This crosses the Ebro valley and joins in Fuentes del Ebro with the Jacobeo del Ebro road, which comes from Tortosa and then passes through Zaragoza. It joins the French Way in Logroño, so pilgrims who opt for this option will not pass through Puente la Reina.

The Camino de Santiago Catalán by Balaguer and Huesca is known as the Camino de Montserrat. This goes up to the variant of the French Way that crosses the border through the port of Somport, connecting in the municipality of Santa Cilia de Jaca, a piece before reaching Puente la Reina. From here, the Ebro Valley will descend and join the pilgrims of the Jacobeo del Ebro Trail in Logroño.

As happens in many other important points of the Way of St. James, in the Monastery of Montserrat any pilgrim who wishes to do so can get the credential. This credential is valid for the official stages of the Camí de Sant Jaume as well as for the following routes of the Way of Saint James until reaching the Cathedral of Santiago. There are a total of 1,090 kilometres from Montserrat to the Galician capital so it would be one of the longest routes if you start from this point of the Catalan community.
Activity