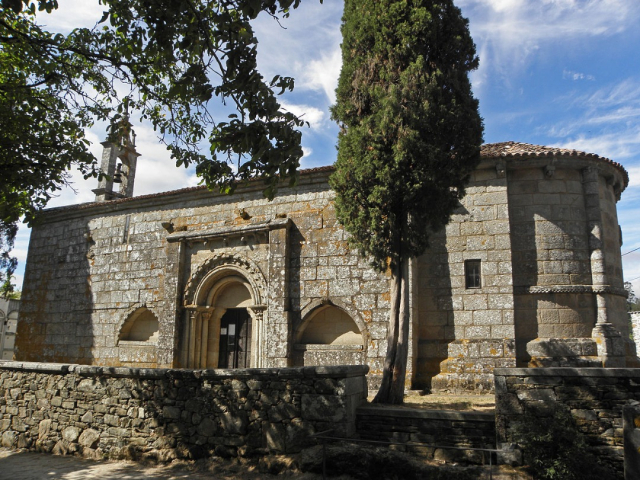 Melide is one of the places that most pilgrims visit, as it is the point where the French Way and the Primitive Way meet, as well as being relatively close to Santiago de Compostela. Although many are just passing through, this town in central Galicia offers incredible places to visit, such as the Church of Santa Maria.

The Romanesque style church is located on the outskirts of Melide and is believed to have been built at the end of the 12th century, despite its age it is perfectly preserved. The temple consists of a single nave with semicircular apse and shell vault.

Undoubtedly, what most attracts the attention of visitors is the interior, mainly the interior ceilings that are decorated with Renaissance art. It highlights the theophany of the Holy Trinity with that of the apse, surrounded by the four tetramorphs of the four Evangelists, i.e. the animals that represent them. In addition, one of the capitals that support the triumphal arch of the church stands out, in which we can see an engraving of a man between a lion and a basilisk, representing Jesus and the devil respectively.

In the sacristy of the temple we can also find a unique relic in Galicia, it is a Romanesque style grille with spiral ironwork, which was formerly used to close the triumphal arch when the masses were not celebrated.

The weather in Melide 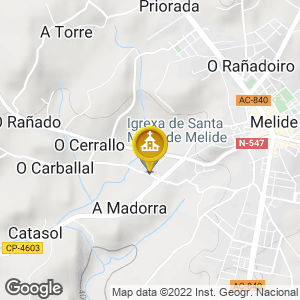