Pamplona is the first major city on the Camino. World famous for its fiesta of San Fermín (A celebration involving the running of bulls), the capital of Navarra combines tradition and modernity. 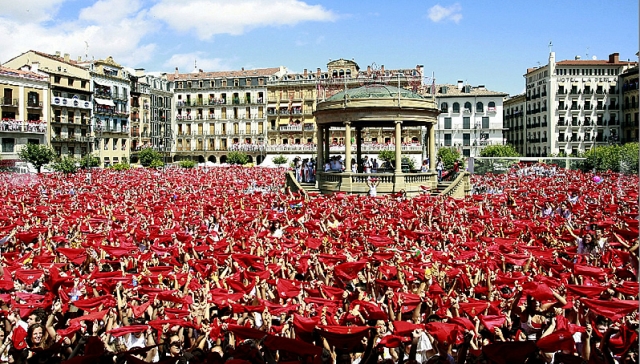 According to the OCU (Organization of consumers and users), it is the city with the best quality of life in Spain. It has around 200,000 inhabitants. Throughout the year tranquillity reigns over its streets, but during the week between the 7 and 14 of July, the city becomes the party capital of the world. Prices multiply and finding a bed becomes a mission impossible.

Of course, fun is guaranteed. The origins of Pamplona are linked to its surrounding Basques villages, although, in history books the founder of Pamplona was the Roman general Pompey, who, taking advantage of the natural protection provided by the mountains, set up in these lands a military base. In the late middle Ages, the Christian king Sancho II, "in gratitude to God for helping to face the Muslims," granted ​​the bishop control of the city.

the clergy governed Pamplona as he pleased for three centuries. However, the city experienced large growth in population and the king returned to the throne, taking power over the mitre. Pamplona returned to its origins, and its defensive function again became paramount, as a buffer against a possible attack from France.

Every year they organise "La semana del pintxos” (The week of tapas-small but tasty appetisers) in which local eating establishments compete for the best culinary creation. In this link you can find a list of establishments that participated in the last edition, the festivity is held from April 29 to May 5

Distance from the Camino de Santiago from Pamplona

If you are traveling on the Camino de Santiago or are planning to do so soon, you should know that the distance separating Pamplona from Santiago de Compostela is 707 kilometers. 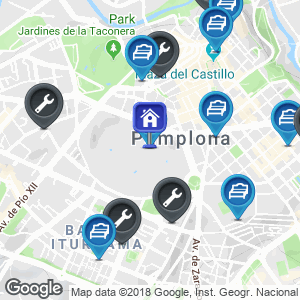