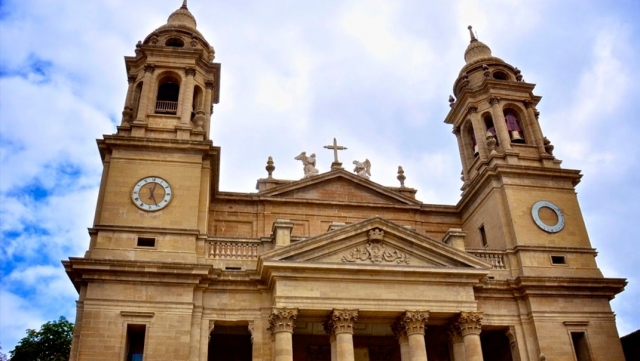 Shortly after starting the French Way, we cross the Puerta de Francia or Zumalacárregui to enter Pamplona. It is a city with a monumental old town, crowned by the imposing Metropolitan Cathedral of Santa María la Real.

The origin of the cathedral

The history of the cathedral does not begin in the 14th century, when it was built, but goes back several centuries before. The core of the Roman city was built on its very location, and a Romanesque cathedral was erected in the 12th century. This was of dimensions that almost defied the architectural possibilities of that time.

The cathedral is framed in the Gothic style, although the first impression is not that. Its façade is a later work, from the 18th century. It is, therefore, a neoclassical addition. Its tripartite composition with Greek elements such as Corinthian capitals or triangular pediments contrasts with the ornate Gothic style. Despite this, the previous proportions and lighting are respected, so the rosettes are maintained.

The interior of the cathedral is a paradigmatic example of Gothic, resulting in a spectacular visit due to the monumentality of the temple. Despite its large dimensions, a lot of light enters through the two rose windows and the flamboyant tracery windows. The ribbed vaults follow the traditional scheme, except in the transept, where the ribs multiply and the decoration increases.

This monument is not exclusively made up of the cathedral, but also includes the cloister, which is considered a marvel of European Gothic, the sacristies, the kitchen, the refectory, the chapter house and the bedroom. Thanks to the state of conservation of all these elements we can get a very accurate idea of ​​the life of the clerics.

Each of the elements of this cathedral complex, from the attached columns to the most spectacular door of the cloister, hides centuries of history and deserves a few minutes of attention to better understand all that this monument entails. 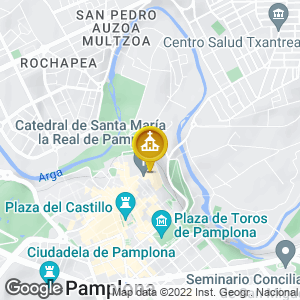