Rights of the pilgrims

What rights (and obligations) do pilgrims really have in front of ordinary citizens?

14
Rights of the pilgrims 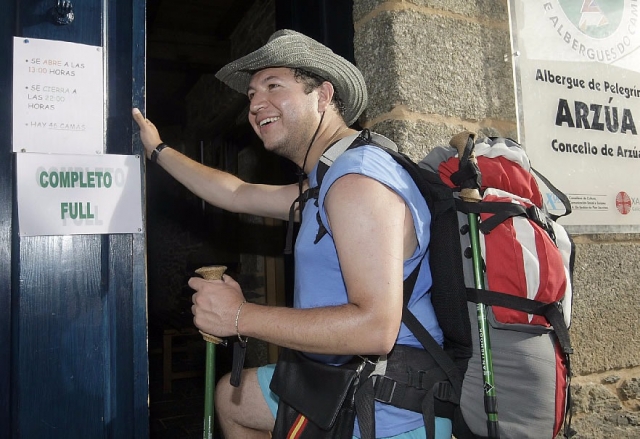 Pilgrims have historically been protected by the highest powers, both religious and Regal. Safe conduct, letters of recommendation and certificates issued by royal houses and religious orders of various nations have allowed the pilgrims to travel in relative safety on their Jacobean journey, severe punishment is issued to all those who cause discomfort or extortion to pilgrims, this was even the case at a time when wars continued to break out on the European continent. The favours towards the religious penitent went beyond just safety, and pilgrims were exempted from tolls and certain taxes, while being provided shelter and accommodation.

From Jacobean marches an entire body of law to encourage the flow of pilgrims came about, in the religious fervour of Catholicism. But the laws and ordinances issued during the middle Ages are, obviously, may not applicable now. However, the lasting impact during centuries of Jubilee has created a halo around the traveller, they are still treated with deference, as a rule, and the pilgrim paths are respected. Many still have the unfounded belief that the pilgrims receive priority health care in a medical emergency. This is not the case. In fact, there are no specific protocols for action on urgent health care for pilgrims in any of municipalities through which the Camino passes. It is true however, that for reasons of functionality pilgrims tend to be seen before other patients to allow them to continue on their journey.

Breakfast, lunch and dinner in Compostela

Hospitality is one of the few rights still preserved for pilgrims. Although those previously staffed by religious members are now old ruins or have disappeared completely. The tradition lives on in the Hostal dos Reis Catolicos, situated next to the Cathedral. As a former hospital institution, it offers ten breakfasts, lunches and dinners, totally free of charge to the first pilgrims to arrive, once they have shown the credential to prove having completed the Camino.

Whatever the route chosen to complete the Camino to Compostela, pilgrims should take into account that the access to these public shelters functions on a first come, first serve basis, and pilgrims on foot are given priority over those travelling by bike or on horseback. In the case of accommodation being complete the latter two should give up their place to a walker and continue to a different hostel.

This is particularly the case on the Portuguese Camino, on arrival to Tui, the border between Galicia and Portugal. Those pilgrims arriving from Portugal have priority to a bed.

The agency for Galician Tourism has authorized the company Europ Assistance to market a distinctive Jacobean insurance. It is an innovative product that provides coverage for pilgrims from all over the world who do the Camino of Santiago, both on foot and by bicycle.

The assistance can be arranged in Spanish, English, French, German, Italian and Portuguese. It includes sections such as bike transfer in case of illness or accident, bike replacement and guarantees any loss or damage of sports equipment. The policy provides all its customers travel insurance and assistance, including the transfer to Santiago in the case of illness or accident, interpreter services, extended hotel stays, information services, health insurance and guarantees against the loss or theft of credit cards. Consult the websiteof the company, or contact by phone 902 197 791.